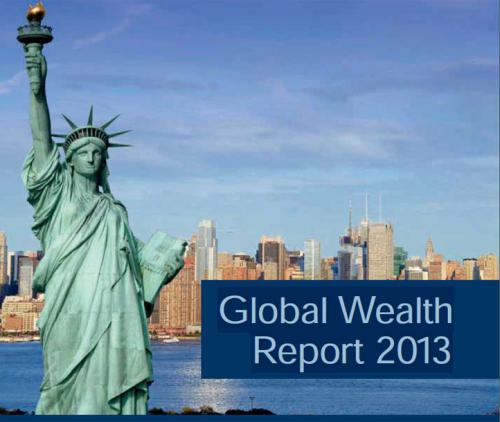 PHUKET: A decade of negative real returns on equities, as well as more recent bear markets and housing bubbles bursting, has understandably made commentators cautious, even when there is good economic news.

Nevertheless, the 2013 Crédit Suisse Global Wealth Report published recently has concluded that in spite of all this, global wealth has more than doubled since 2000, reaching a new all-time high of US$241 trillion (for full report click here).

An important reason the report gives for this result is strong economic growth and rising population levels in emerging nations. Not only that, but the average wealth per adult has also hit a new peak of US$51,600 – a 4.9% increase since the beginning of 2013 and the first time that average global wealth has passed the US$50,000 threshold since 2007; yet inequality remains high.

It is not only emerging economies which are driving this trend, however. A recovery in house prices and a bullish equity market meant that the US enjoyed a fifth successive year in personal wealth, according to Crédit Suisse. Wealth ownership increased by 12.7% to US$72.1 trillion – 20% more than the pre-GFC high in 2006.

Abenomics, the Bank of Japan’s (BOJ) aggressive monetary policy, has resulted in an even greater rise in equity prices in Tokyo, 52% higher between January and mid-2013. That said, prices started extremely low by global standards, and the policy has made the yen 22% stronger against the US dollar in that time.

As a consequence, total household wealth in Japan has fallen by US$5.8 trillion this year, equivalent to 20 percent of Japanese net worth. Japan suffered very little during the GFC – personal wealth actually increased by 21 percent between 2007 and 2008. However, total wealth is now just 1% above the 2008 level. In most other parts of the world, the economic environment has been generally favorable to wealth acquisition.

Eurozone countries were also able to pick up; recovering more than half their wealth loss of a year ago – although that loss was extremely heavy, so there is a way to go to get back to pre-crisis levels. The report puts this down to the increase in equity prices and the slightly favorable euro-dollar movement. The United Kingdom, India and Switzerland also managed to recover a significant portion of recent losses.

Of course, this does not mean that the global economy will be back to pre-GFC levels in the near future – its future health is still very much up in the air.

MBMG Group is a multi-award-winning professional advisory practice that provides sound and impartial advice to assist private, corporate and institutional clients in protecting and building their hard-earned wealth. For further information, visit www.mbmg-group.com.

How and why to get a Thai credit card