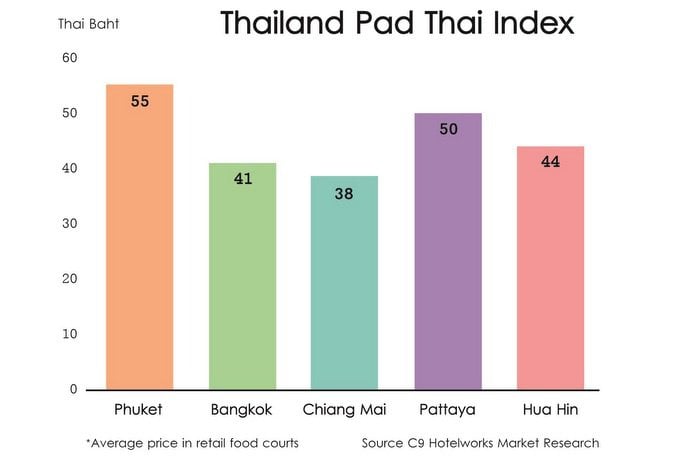 PHUKET: Phuket inflation grew at a rate of 4.1 per cent in 2014, according to data released in C9 Hotelwork’s new Economic Overview of the island.

What is clearly demonstrated in the numbers is how important tourism is as a driver of the economy. Using Gross Provincial Product (GPP) as the lead indicator, tourism directly accounts for 35.6 per cent of the island’s economy, while the total exceeds 50 per cent of the expanded economy when looking at related sectors, such as transportation, health and financial services, which see strong tourist input.

According to C9’s Managing Director Bill Barnett, “at face value the rising cost of living has caused concern among local residents, yet the reality is that inflation is a barometer of economic growth. Our research into consumer behavior on the island clearly indicates that higher prices are correlated with greater spending power.

“In a nutshell, pricing is driving the underlying numbers when comparing Phuket to the national Consumer Price Index. While Thailand’s Gross Domestic Product is relatively flat, the tourism sector dominates the local economy and has continued to expand.”

One lead indicator is the real estate sector, which accounts for 4.5 per cent of GPP and builds favorable domestic and foreign investment sentiment. Currently the luxury villa estate market has a pipeline exceeding US$500 million including Avadina Hlls, Andara Signature, Anantara Residences, Layan Beach, Point Yamu by Como, and the new Rosewood and MontAzure projects under development. Phuket has continued to see traction at the top end of the property market.

As part of their economic review, C9 undertook a Thailand ‘Pad Thai Index’, based on that iconic dish at food courts in five key cities across the country. Phuket ranked at the top at 55 baht, well above the cost of the same dish in Bangkok.

Business Buzz: Five tips for content creation for your business