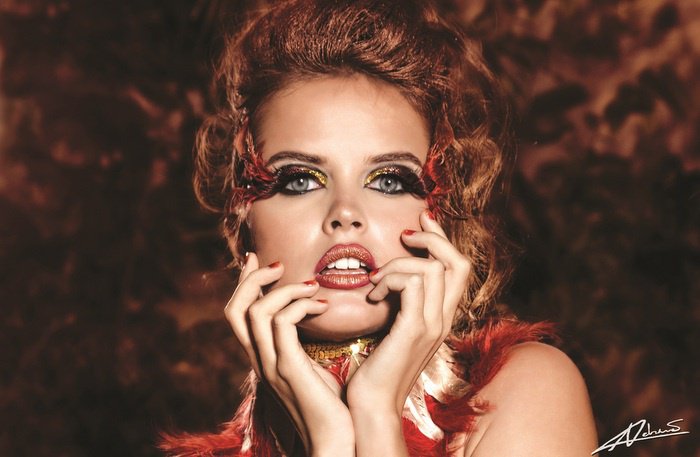 PHUKET: In 1968, Jean-Claude Forest’s French comics were brought to the silver screen in the French-Italian science fiction film Barbarella: In the far future, a highly sexual woman is assigned to find and stop the evil Durand-Durand. Along the way, she encounters various unusual people.

“I like this style of workshop, which brings like-minded people together for a party and to learn from each other,” Adriano said. “The idea has always been to turn Phuket into a hub for photography and visual arts by elevating the standards.”

The goal of the workshop goes beyond just boosting the quality of photography on the island, as it aims to also raise the standards for all elements involved in the workshop, including models, makeup artists, location and – less we forget it is a Bohemian workshop – the party.

“In the past, we held elemental workshops with fire and water, before taking advantage of graffiti artist Noe Two being in town and launching the ‘United Colours of Bohemian Workshop’. This time I wanted a little bit more metal, gold and silver,” Adriano said.

“I envisioned a space tribe visiting us as they passed by Earth, and we were lucky enough to record this close encounter with these galactic Valkyries.”

Prior to the launch of the Bohemian series, the only place a photographer in Thailand could find a quality workshop was in Bangkok.

In fact, Adriano attended a Bangkok workshop in 2012 that was hosted by Manny, who is also the Sony ambassador for the Philippines.

The two photographers’ styles have changed a great deal since 2012, which will provide a stark contrast between their ways to approach shooting and post-processing for those taking part in the Bohemian workshop on September 5 and 6.

Manny is known for his uncanny use of natural light and heavy post-processing to create images that seem to teeter between reality and something captured with paint on a canvass. Adriano’s style is quite the opposite with a strong focus on studio lighting in order to shape shadows and subjects, with a lighter touch during the post-processing that focuses on cleaning up the image and beautifying it.

“I am proud to be co-hosting a project with Manny, as it shows just how far I have come since that workshop with him. My techniques have improved, my style has been refined, and even before this project I had already started holding workshops for other photographers,” Adriano said.

As for the futuristic Valkyries – choosers of the slain in Norse mythology – they will create an otherworldly juxtaposition with their tranquil surroundings: a 1,300-square-meter villa with a private garden, personal pool, steam room and outdoor shower.

As first impressions of Earth go, a Bali-Thai style luxury villa nestled in tropical Thailand isn’t a bad start. In fact, it might be exactly what’s needed to encourage the women to return to Phuket, hopefully returning the hearts of the photographers when they do so.

On your Mind: Phubbing phenomenon decoded