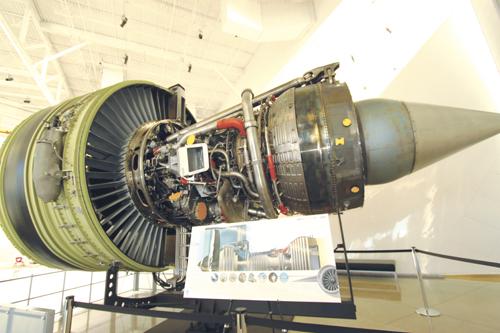 PHUKET: A new government initiative to allow foreign investors to hold 70 per cent or more of a company manufacturing aviation parts will help promote Thailand as a regional repair center for the industry, says an executive at Thai Airways International.

Danuj Bunnag, executive vice president of THAI’s commercial department, welcomed the plan and said it would help strengthen Thailand’s performance in the region in this competitive industry.

“Thanks to its strategic location, Thailand has long been an important nation in the region for the aviation industry. It has become a major center for airlines to connect their flights between other cities,” said Mr Danuj.

“Therefore, if the Kingdom offers a repair service center, it is more likely that airlines will see Thailand as a ‘one-stop’ operation. This allows them to service and maintain their flight-connection hubs at the same time, which will boost the local economy.”

Thailand has long tried to promote itself as a regional repair hub. However, it has been lacking the necessary facilities, especially ready access to aviation parts for different sizes of aircraft.

The Cabinet, as initiated by Transport Minister Chatchart Sithipan, agreed last month on a draft act to replace the one that has governed this issue since 1954. It will be considered by the House of Representatives in the hope that it will help consolidate the country as an aviation hub in the countdown to the formation of the Asean Economic Community (AEC) in 2015.

Currently, foreign investors can hold only a 49 per cent stake in a Thai company. This is a long outmoded approach to business in a global world, robbing the country of many opportunities for job creation for local people.

The government hopes to use this move to back the construction of an industrial park for aviation-parts production as well. However, some regulatory barriers exist in regard to the Board of Investment and will have to be removed, especially the regulation that requires declaration of sensitive business information to the agency.

Phuket Business: British Airways – 79 years of service to the Kingdom