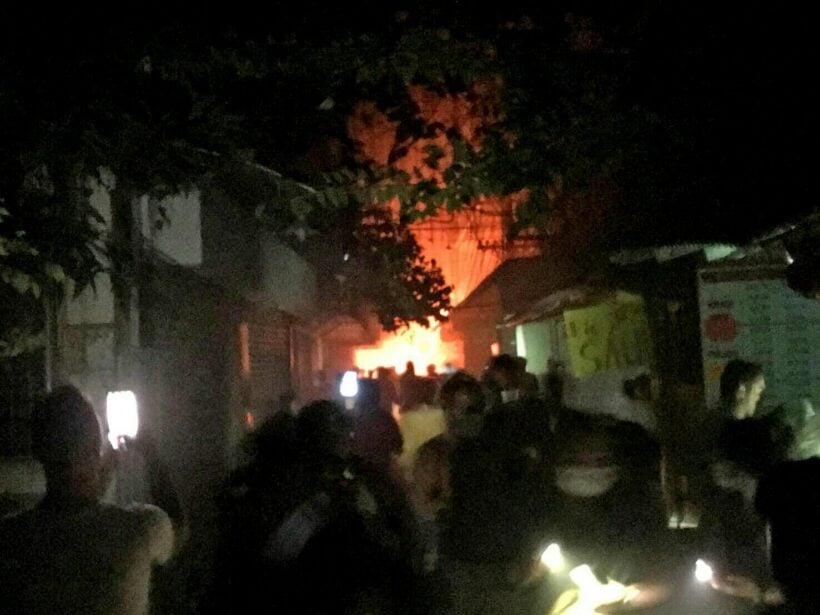 A fire broke out at a row of shophouses on Ko Phi-Phi around 9.30 last night, prompting evacuation of local residents and tourists.

The fire is believed to have started at a small hotel, the October Guesthouse, in Soi Slinky and quickly spread out to about 25 adjoining shophouses and restaurants.

National Park officials, Navy officers and rescue workers rushed to the scene to put off the fire and to evacuate panicky tourists and residents to safety. 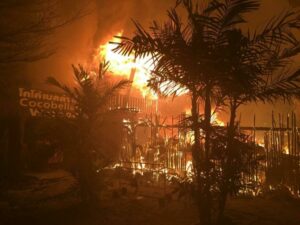 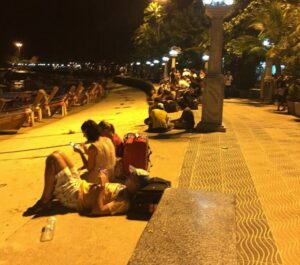 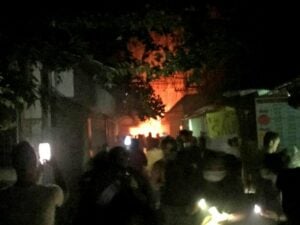 Authorities managed to put the fire under control at about 11 pm.

At least 25 restaurants, guest houses, and hotels are damaged, according to initial reports on Thai PBS. 9 people were injured – 6 foreigners and three locals. Damages are estimated at least 30 million.

Officials suspect the fire was caused by an exploding cooking gas tank.

Local residents say the fire started at a small hotel at Soi Slinky and spreaded to 20 shophouses in the area. Tourists and local people are being evacuated to safe areas. #PhiPhi #fire #Thailand

Limiting tourists on the most popular islands