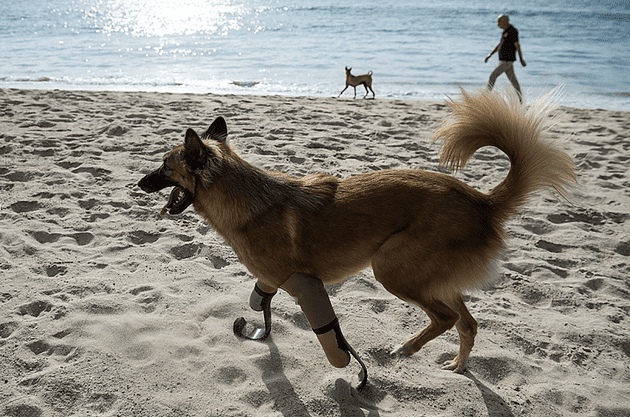 Remember our story about the ‘blade runner’ dog Cola, the soi dog who had a bad start in his life as a pup with both paws amputated?

The story has gone viral since then with all the major news agencies picking up the good-news tale about a soi dog who was lucky to be adopted by Soi Dog Foundation’s co-founder Gill Dalley. Others got involved and Cola has been fitted with a new set of blades to allow him to get around and have fun with his canine buddies.

“When you see him run and play with his buddies you realize that he is the best ever ambassador for amputees. First of all, Cola doesn’t behave or think he is any different from the other dogs just because he has prosthetic legs. Secondly his friends do not treat him any different than they treat other dogs. Our hope is that Cola’s attitude  to himself and his dog buddies will help to change the attitude amongst humans as well! This is especially true for children. Schools, playgrounds and other places where children get together can be a very tough environment to a child with disabilities!”

Read the rest of the follow up story from the Scandinavian Orthopaedic Laboratory HERE.