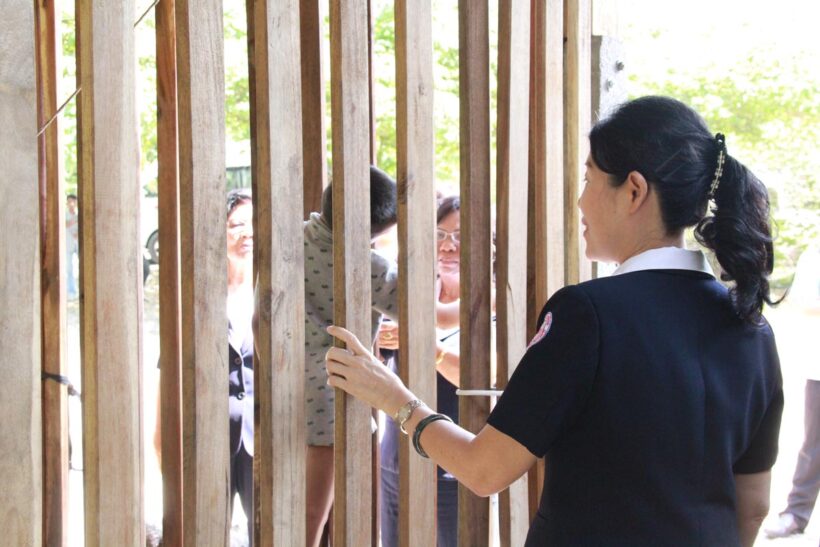 After the news regarding 9 year old Poramet Duangchan was reported yesterday (Poramet was hit by a car, suffered head trauma, and now has to live in a cage as his father, who works full-time, finds it difficult to control him and stop him from running away), Krabi Office of Social Development and Human Security, along with Krabi officials and the Krabi Red Cross are helping the boy. Donations have reached 400,000 baht.

The Krabi official team visited the house yesterday (December 19) to check his condition and collect information about his medication and seek ways to further assist the family.

The Red Cross and Social Development and Human Security gave an initial amount of 3,000 baht along with some rice and dried food. More support will follow from the department.

According to Klongtom District Chief, Paisan Srithep, The Red Cross has contacted a brain specialist to check the boy’s condition while he also spoke to the village chief to assist and support the oldest son of the family to assist with his further education (the father has three children – the oldest son has been working his father). 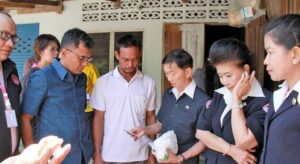 “I would like to thank everyone that has helped us and thank for publishing the story about my son because it brought us a lot of help. There have been about 400,000 baht of donations transferred to us, which I will use for his medication.

“I still have hope to cure him and get him back,” said Chamnan. 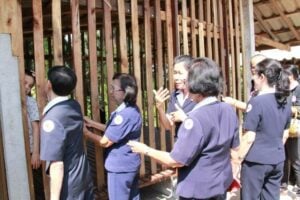 Paklok monkeys to be sterilised and moved away