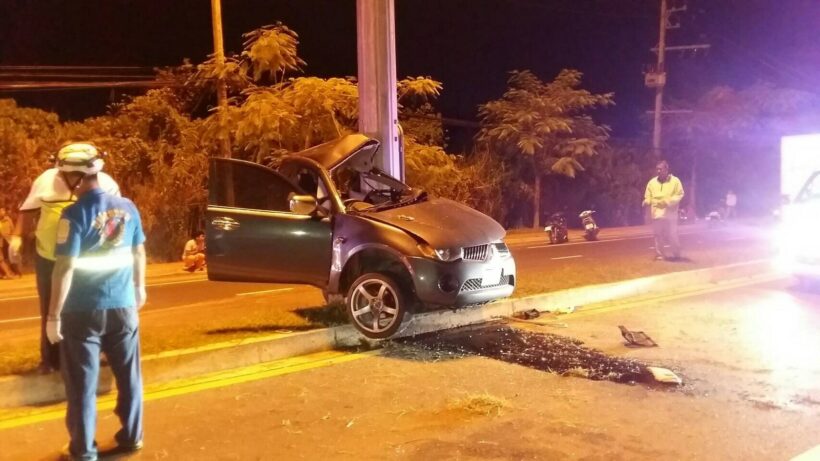 Kathu police received a report at 1.35am this morning (December 20) about a car crash in Phra Phuket Kaew Road. The officers and Kusoltham Phuket Foundation rushed to the scene and found a bronze pick-up truck wrapped around a lamp post in the middle of the road, near the coconut plantation curve heading east towards the Samkong Underpass intersection.

Inside, officers found the body of the driver, 31 year old Amnat Sittisuk, from Khon Kaen province. His body was sent to Vachira Hospital for an autopsy.

According to an initial investigation, the driver drove the pick-up truck at high speed from Kathu heading to Phuket town, and appears to have lost control of his vehicle negotiating the curve, smashing into the lamp post, killing him instantly. 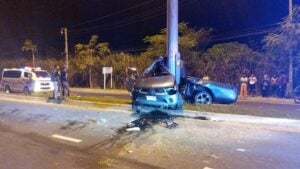 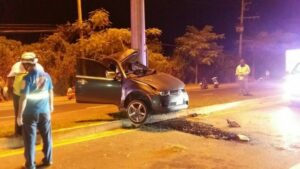 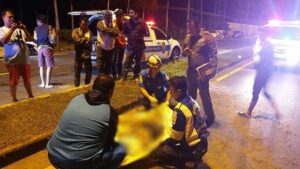 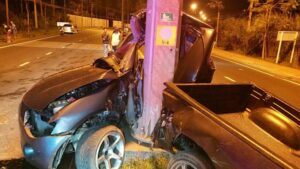