2 million baht worth of sex toys, aphrodisiacs and fake viagra were seized last night (Tuesday) from ten stalls operating in the Nana area of Bangkok.

Police teamed up with the military and protection services to execute the raid following several complaints by the public of the vendors (operating in soi 3/1 area) selling illegal items on the street disregarding copyright laws.

The public protection services had already issued warnings for them to clear out at the end of last year but to no avail. They also said that some of the drugs being sold by the vendors could be harmful and their type of business could affect Thailand’s reputation.

The police have charged the vendors with possession of and distributing drugs without a license as well as selling restricted obscene items. The large haul was displayed in front of Lumphini police station.

Keep in contact with The Thaiger by following our Facebook page.
Never miss out on future posts by following The Thaiger.
News Categories:Bangkok
Related Topics:BangkokDaily NewsLumphini ParkLumphini PoliceThai VisaThailand
Up Next

Police in Bangkok are under pressure from protesters both on- and offline after yesterday’s arrest and detention of student protest leaders. Prominent activist and human rights lawyer Anon Numpa and protest leader Nutchanon “Mike” Payakaphan were taken into police custody for 7 charges, including sedition. 30 more student protesters are wanted by police and arrest warrants have been issued.

The hashtag #ตํารวจอุ้มประชาชน (Police Kidnap the People) trended this morning with over 146,000 tweets. Dozens also gathered at the Bangkok Criminal Court in Ratchada district to protest the detentions. Students have called another rally in downtown Bangkok this afternoon.

Among those wanted by police is prominent student leader Parit “Penguin” Chiwarak, who has been arrested before. Parit told Thai Enquirer he will not turn himself in and that he views the charges as politically motivated and illegitimate. He says he’ll be one of the leaders this afternoon’s rally.

“I will not turn myself in as the charges are illegitimate.”

Parit and other student protest leaders say students will be looking to organise protests against the arrest of their leaders as soon as possible.

“I want people to come out and protest this injustice, leading a protest should not result in arrests.”

The spokesman for the Bangkok Metropolitan Administration, aka. City Hall, has confirmed that no ammonium nitrate is stored in the capital. His remarks come after Tuesday’s devastating explosion of the chemical in Beirut that killed more than 150 and injured over 5,000.

Pongsakorn Kwanmuang sent condolences to those affected in the tragic blast and said that no ammonium nitrate is in storage in Bangkok. He said the only things that might explode in the capitol are cooking gas and hazardous chemicals handled by nearly 5,000 operators.

Pongsakorn says BMA’s Health Department is implementing measures to prevent such explosions. They regularly inspect all premises that store chemicals, and operators who have hazardous chemicals and substances are regularly trained on their safe handling and required to prepare disaster responsive plans.

“BMA staff are always prepared to cope with emergency incidents, including chemical disasters.”

Anyone illegally storing hazardous chemicals is liable to punishment. The public can ask BMA to check chemical storage by contacting its 50 district offices or calling 1555. Any chemical fire can be reported via the hotline 199 around the clock.

The devastating explosion in Beirut reminds us of a chemical explosion in 1999 in Chiang Mai. In September 1999, a longan processing plant in the San Pa Tong district was completely destroyed when potassium chlorate, along with other chemicals, exploded. 36 workers were killed, a total of 571 houses in a 1 kilometre radius were damaged and more than 100 people were injured in the blast. Potassium chlorate is used as an agri-chemical to promote the growth of longan or “lamyai” in Thai.

There have been other chemical explosions in Thailand, between 2017 and 2019 in Lamphun, Ratchaburi and Chiang Mai, where people have been killed and injured. 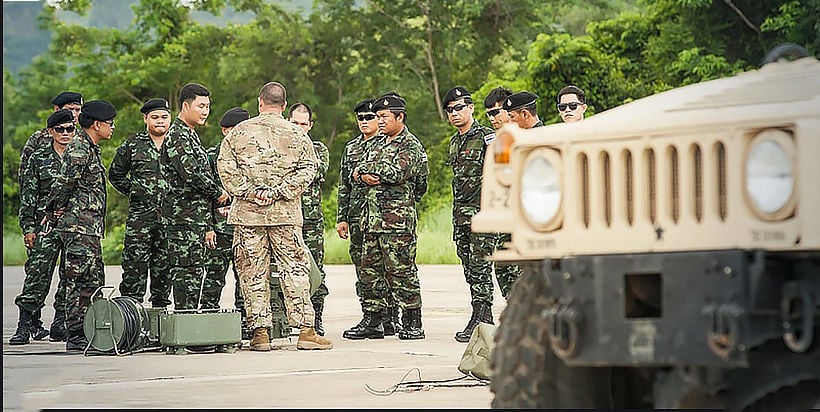 All 110 US soldiers visiting Bangkok for upcoming joint military exercises have tested negative for Covid-19. Dr Taweesin Visanuyothin, the spokesperson for the Center for Covid-19 Situation Administration says all are staying at alternative state quarantine locations and are strictly prohibited from leaving their rooms or interacting with the general public.

The soldiers’ arrival caused concern and discussion on social media, after an Egyptian airman broke quarantine last month and went shopping in Rayong province while positive for Covid-19, sparking a panic. Taweesin and other officials, however, insist the circumstances are very different and every precaution is being taken. He has stated several times the soldiers are not a threat to those in Bangkok or the Rayong area where they arrived.

In a related story, tests were conducted on 2,582 people from a Thai country music concert in the southern Nakhon Si Thammarat province, according to the Department of Disease Control.

The department’s director-general revealed the results from Nakhon Si Thammarat, where photos of the packed-out venue with few people wearing masks had sparked uproar on social media. The tests conducted on August 5 on 2,583 suspects (including 1,930 concertgoers) all came back negative. About 12% of those tested had Covid-like symptoms but none was infected. As a result Nakhon Si Thammarat is still officially listed as free of the coronavirus. 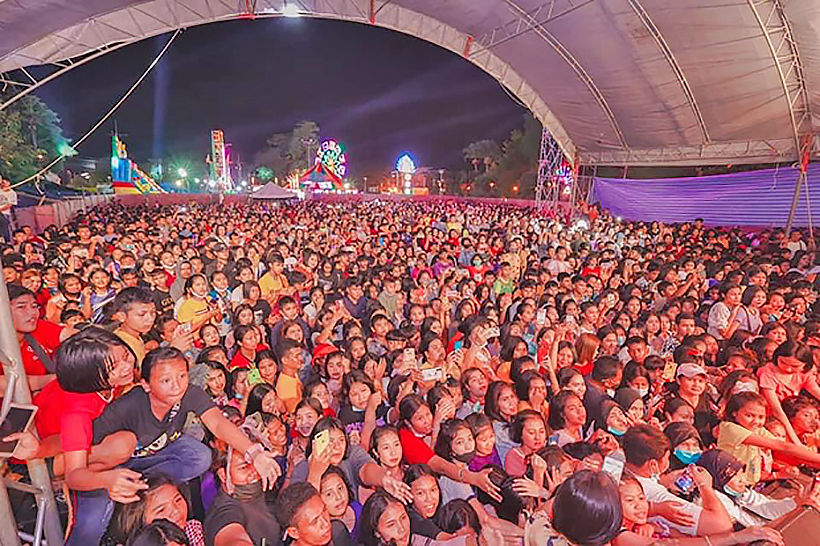