A South Korean man has been arrested in Bangkok following an arrest alerted by Interpol for operating a fake lottery website.

The Immigration Bureau say that the South Korean citizen, named SUNGHWA LEE, is the head of the gang that operated the fake lottery website.

Many of the victims are South Korean. The cost of damages stolen from the victims is estimated at more than a billion baht.

LEE has been staying in Thailand for five years. He was arrested at a department store in Sukhumwit road, Bangkok. 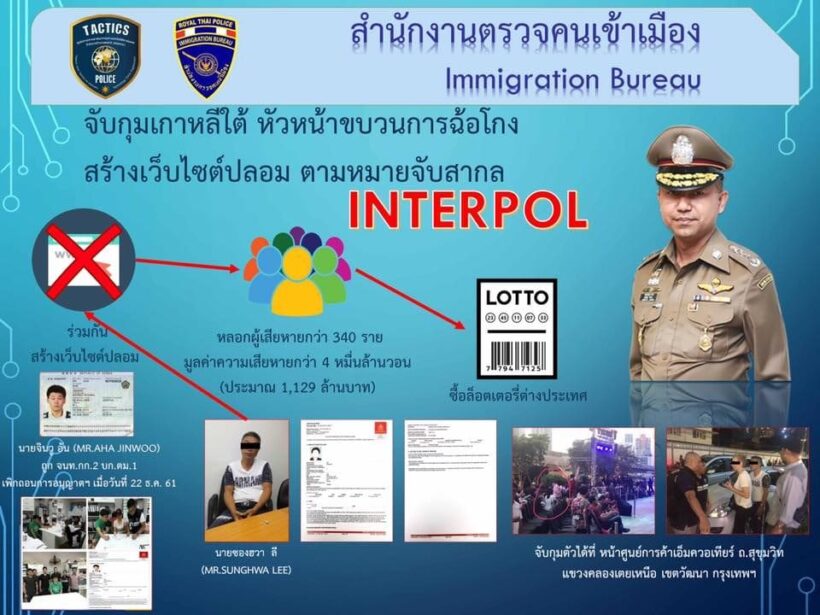