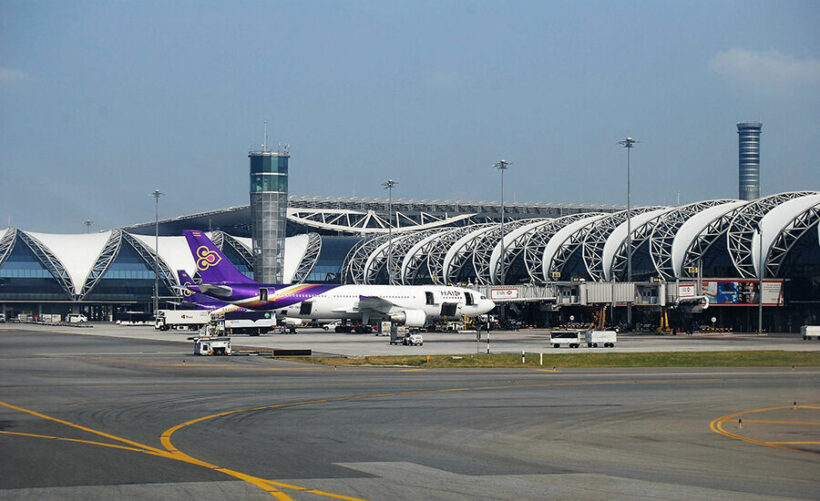 The Transport Minister says expansion plans at Bangkok’s Suvarnabhumi Airport will go ahead and will include the contentious North expansion project. Saksayam Chidchob’s announcement appears to disregard a recommendation from the National Anti-Corruption Commission, who have previously stated that any expansion should be in line with a proposal from the National Economic and Social Development Council. That proposal suggested the North expansion project should only go ahead once the East, West, and South expansion schemes are finished. Opponents of the North project say it will do little to relieve congestion at the airport and have been campaigning for a new southern terminal instead.

Saksayam says the expansion projects, when coupled with the Satellite 1 passenger terminal, expected to be completed next year, will increase the airport’s annual handling capacity to 120 million passengers. The passenger terminal will have the capacity to handle 15 million passengers a year, while each of the 3 expansion schemes will accommodate 20 million each, taking total airport capacity to 120 million. Prior to the Covid-19 pandemic, Suvarnabhumi’s annual capacity of 45 million was regularly exceeded.

The minister says the airport’s operator is waiting for the input of international aviation bodies such as the International Air Transport Association and the International Civil Aviation Organisation. It will then forward all information to the National Economic and Social Development Council, who will determine which expansion projects will go ahead.

“The cabinet didn’t instruct the ministry to follow the NACC’s recommendation and the ministry explained its plan of becoming the aviation gateway and servicing 200 million passengers per year. The AoT was ready to invest in the 3 expansion schemes as well as the North Expansion.”