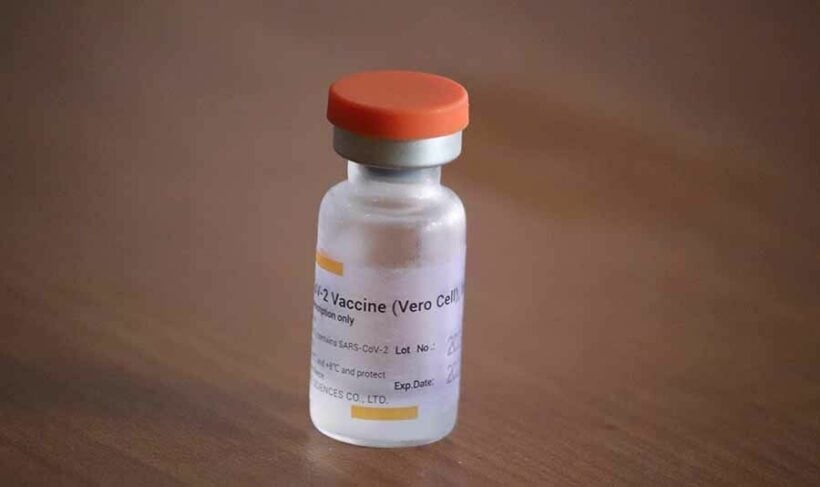 The Thai government will send 800,000 doses of China’s Covid-19 vaccine to 22 selected provinces from next month. According to a Bangkok Post report, the Sinovac vaccine will be distributed to provinces that fall into 3 groups.

The first group consists of 6 provinces that have experienced a resurgence of the virus or where clusters of infections have been reported. They are the central provinces of Samut Sakhon, Nonthaburi, Bangkok, Pathum Thani, and Samut Prakan, as well as the northern province of Tak (specifically, the city of Mae Sot, which borders Myanmar).

The second group consists of 8 provinces considered popular tourist destinations. They are being prioritised for supplies of the vaccine in an attempt to revive their economies, which have been decimated by a lack of foreign tourists. The 8 provinces are Chon Buri, Rayong, Chiang Mai, Khon Kaen, Krabi, Phang Nga, Phuket, and Surat Thani (specifically, the island of Samui).

Meanwhile, according to the Bangkok Post report, deputy PM Prawit Wongsuwon has been given his first dose of the AstraZeneca vaccine at Bangkok’s Bumrungrad Hospital. It’s understood Prawit, who suffers from a number of underlying conditions, including diabetes, high blood pressure, and heart disease, was vaccinated by his doctor on March 21. It’s reported he experienced no side-effects from the vaccine.

PM Prayut Chan-o-cha and members of his cabinet were inoculated on March 16, prior to a cabinet meeting. An unnamed source says Prawit did not join them for the vaccination, most likely due to his age and underlying conditions. The deputy PM is 75 year old.

Thailand’s Health Minister, Anutin Charnvirakul, and his deputy, Sathit Pitutecha, were both given their second dose of the Sinovac vaccine on March 23. They, along with other members of the Health Ministry, received their first doses of the Chinese jab on February 28. Having now received the second dose, Anutin and Sathit are among the first people in the country to receive the online Covid-19 vaccination certificate, issued by the Public Health Ministry.