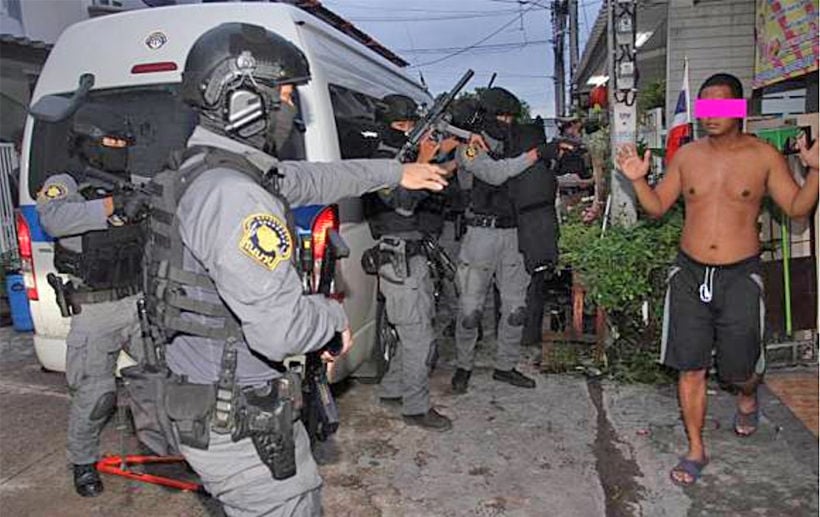 Police in Nonthaburi province, on the northern outskirts of Bangkok, arrested a man this morning for selling guns illegally online, and seized 2 firearms found in his possession. Crime Suppression Division police raided a townhouse at Piyawararom housing estate in Bang Bua Thong district, acting on a tip it was the hideout of a man already wanted on an arrest warrant for colluding in the illegal sale of homemade firearms.

The suspect, Prinya Iemlamai, was inside. He was arrested and 2 guns found in the house were seized as evidence. During interrogation, Prinya allegedly admitted to having sold guns via a Line chat group, but denied making them. Police claim they had information handmade guns were being sold illegally via a Line group with more than 1,000 members. Prinya was the main administrator of the group.

CSD police subsequently seized many firearms during raids on 14 premises across the country, according to the @csdthai CSD Facebook page. 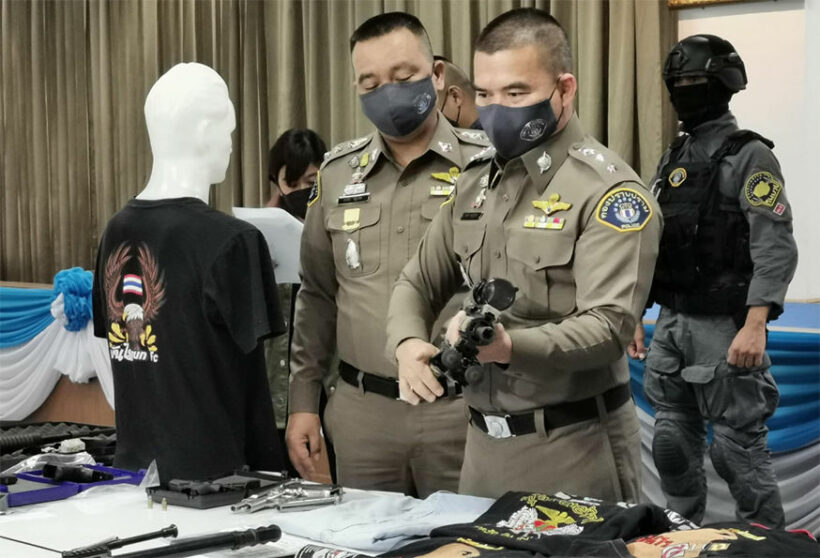