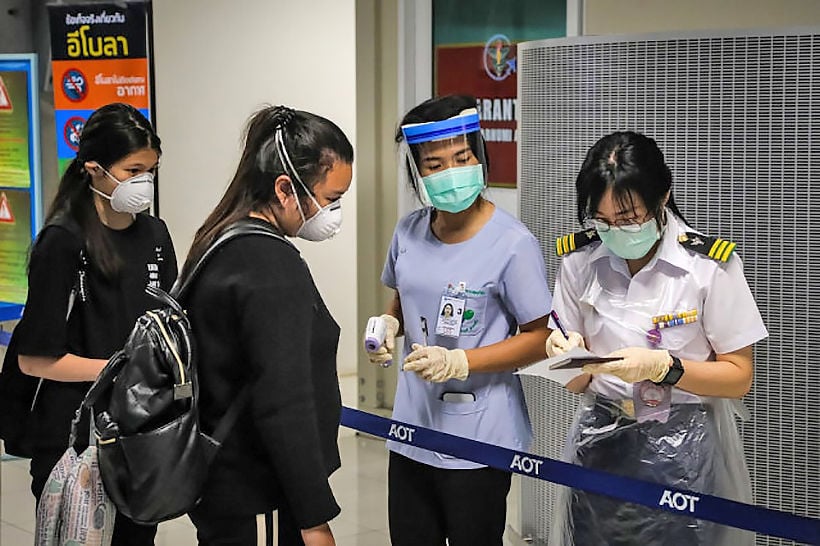 Dashing hopes that international arrivals (code for ‘tourist flights’) could resume on July 1, Thailand’s senior civilian aviation regulator says that they’re are likely to resume as late as September. The Civil Aviation Authority of Thailand’s director says none of the airlines he’s met expressed any interest in resuming international flights next month, when the order shutting down the country’s airspace is set to expire.

He believes the reluctance reflects continued uncertainty over the government’s policies on international travel, which in recent months have changed often and abruptly.

“I believe international flights will resume this September. None of the airlines could assess the demand for air travel. They have to wait and see the situation by the end of this month.”

Over the past month the buzz word for international travel has been ‘travel bubbles’ but the Thai government has made no announcements about which countries or cities would be involved, leaving international airlines ‘up in the air’ and unable to commit to flight schedules.

Thailand’s airspace has been closed to international flights since early April due to the Covid-19 pandemic. Only essential journeys such as repatriation, cargo and diplomatic flights are allowed to fly in or out of the country, though many domestic flights have resumed over the past month.

“The government must make a final decision about when the country’s airspace can open. But it does not mean an all-out opening for air travellers, since only businesspeople will be allowed to take the flights under the so-called travel bubble proposals.”

The travel bubble proposal would likely only include a handful of what Thailand considers ‘zero risk’ or very ‘low-risk’ countries.

The CAAT also announced a set of new safety measures during a meeting with airlines and airport operators. Under the new rules, airlines are no longer required to leave empty seats between passengers, but passengers must still wear facemasks throughout the journey. Food and beverages can only be served on flights exceeding 2 hours, and they must be prepared in a sealed container. Airlines are also required to prepare a space in the cabin to separate sick passengers from others (but not required for journeys of less than an hour).