Four workers were killed and five others injured when the top part of a crane broke off and fell on them at a condominium construction site on Bangkok’s Rama 3 Road this afternoon.

The fallen section of the crane hit the fifth floor of a building in the Lumpini Park Riverside project. Four male workers were killed on that floor and another five injured.

A worker said he heard a loud noise followed by a large volume of dust appearing. He looked up and saw that the top part of the crane had broken off.

Officials have yet to investigate the cause of the incident. 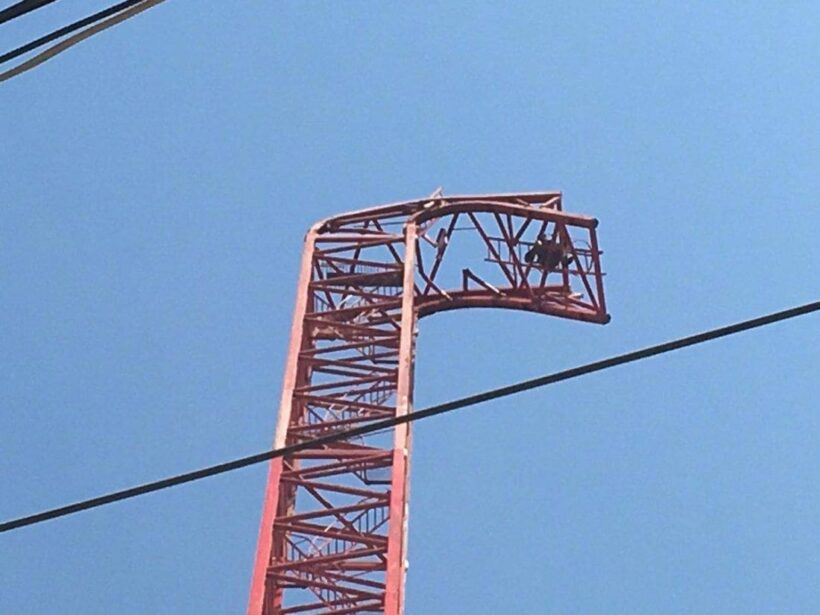 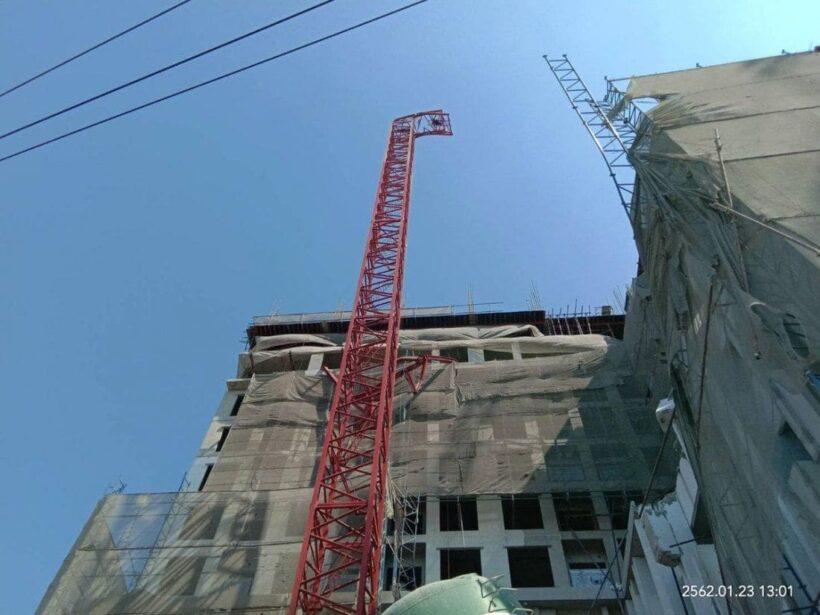 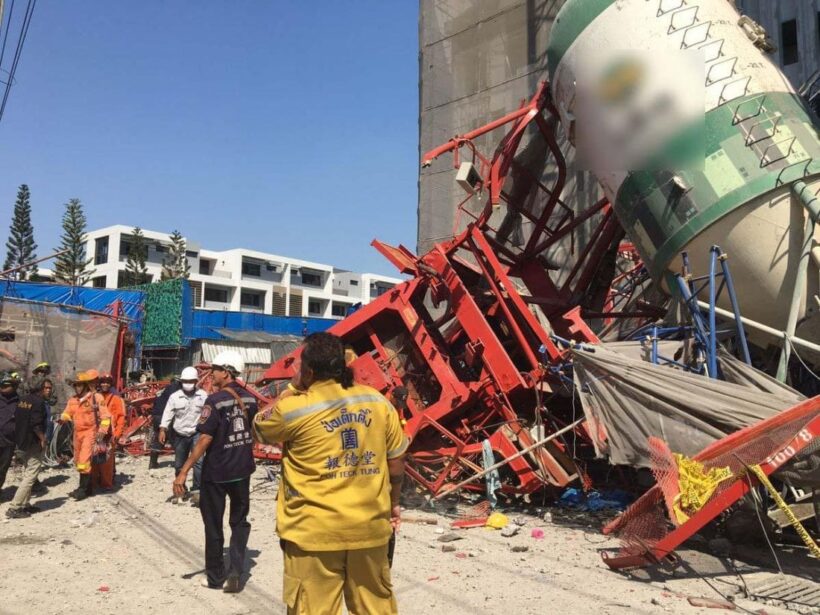 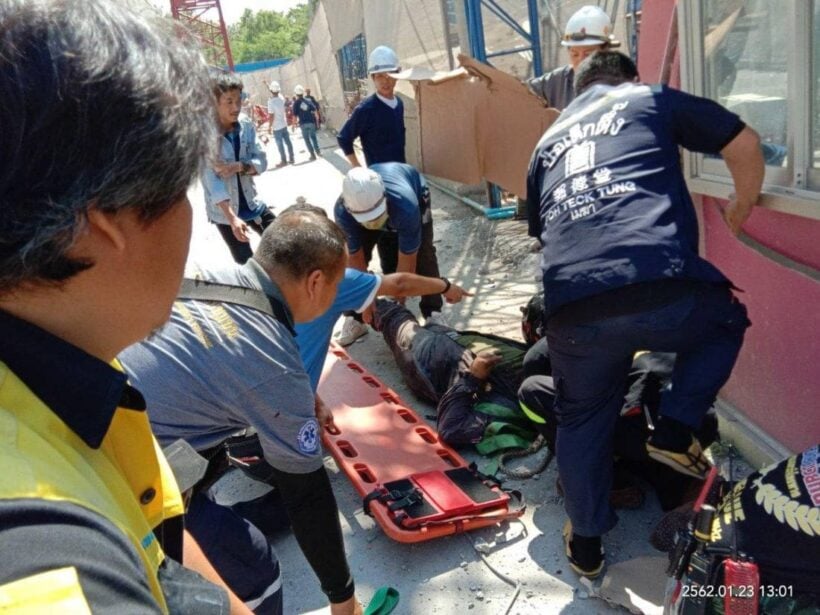 Crane topples in Bangkok killing four, many others injured