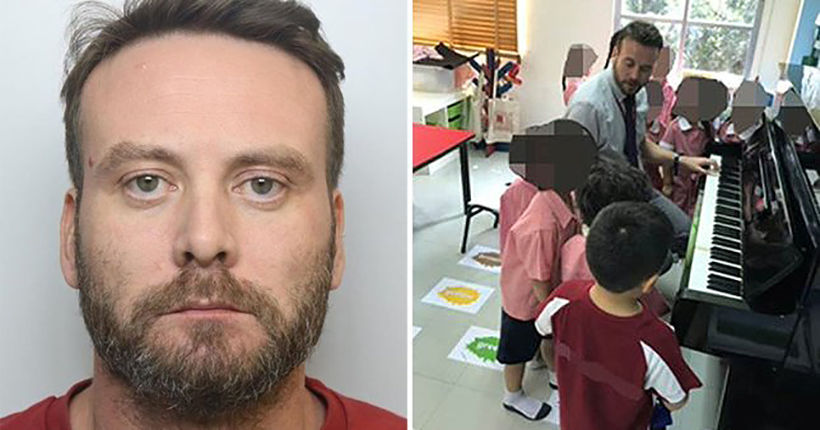 A 42 year old British man, who had previously taught at an international school in Bangkok, is now in jail in the UK for facilitating the abuse of young girls in The Philippines.

James Alexander had been working as a teacher and part time DJ while living in Thailand between 2017 and 2018. He served as a reservist in the Parachute Regiment from 1999 to 2003 and was arrested by officials when he flew into Manchester from Thailand in June last year.

Alexander, who taught in Leeds, UK and Malaysia before moving to Bangkok, sent money to facilitators in the Philippines who live-streamed child sexual abuse a Philippines city.

During the trial it was revealed the man had requested images of girls aged six and nine, before asking the six year old what she “would do with him”. He also said he wanted to have sex with a four year old.

While there are no records of him ever travelling to The Philippines, the UK’s National Crime Agency (NCA) said Alexander used Skype and WhatsApp to ask the Filipino mothers for indecent images of their children.

Alexander admitted one count of arranging or facilitating the commission of a child sex offence; three counts of attempting to cause or incite a girl under the age of 13 to engage in sexual activity, and one count of making (downloading) an indecent image of a child.

In addition to his custodial sentence he was also handed a five-year sexual harm prevention order which bans him from traveling overseas after he is released from prison. He will also remain on the sex offenders register for the rest of his life.

A National Crime Agency senior investigating officer said that Alexander clearly tried to manipulate and exploit the poverty of the vulnerable in order to gratify his sick sexual desires.

“He believed he could abuse Filipino children safely from his home and wanted to visit The Philippines to carry out the sexual abuse himself.

An NCA spokesman  said that Alexander had taught at Bromsgrove International School in Bangkok which sacked him upon notification of the investigation.

“Safeguarding checks were made at the school and there was no evidence of Alexander offending there,” said the spokesman from the NCA.