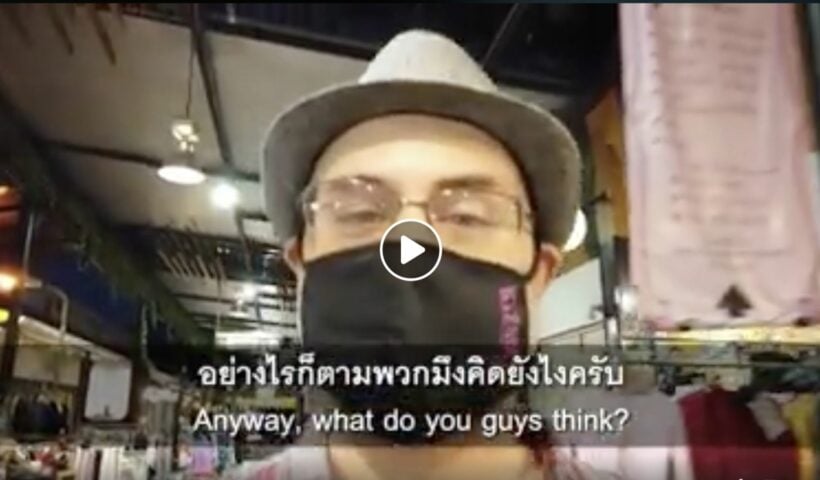 The Fullmoon Terrace and Bar, in Lat Phrao in the north east suburbs of Bangkok, is refusing to serve foreigners. It’s not a good look, especially when there have been no locally-transmitted cases of Covid-19 for over 2 months and the man was wearing a mask and being quite pleasant about the whole matter. The Thaiger wouldn’t have been as polite.

Yan Marchal posted his video with full commentary about his visit to the restaurant. 2 staff came to him, almost as soon as he sat down, and said they were unable to serve foreigners. There was no argument, beyond asking to speak to the manager but Yan was informed the manager was not available.

The video, which has been a popular post of The Thaiger’s Facebook page today, has had mostly negative comments about the restaurant’s refusal to serve foreigners. There has also been quite a few other cases, some of them posted in the comments section, where more examples have exposed a small rise in cases of commercial xenophobia.

Thailand has had no locally transmitted cases of Covid-19 for more than 2 months. The refusal of service to foreigners smacks of unnecessary discrimination, mostly hurting their own businesses at a time many other restaurants are glad for any customers at all, especially in the outer suburbs of Bangkok. The Fullmoon Terrace and Bar was almost empty at the time.

There are no laws within the Kingdom of Thailand which specifically outlaws racial discrimination inclusive of racist cliches and the restaurant has not broken the law.

The Thaiger has sent a message to the management of the Fullmoon Terrace and Bar asking for some more details and rationale about their policy. There has been no reply at this stage. The video has already been widely shared around Facebook.

A few comments about this story…

Not a good policy. Foreigners here now have been here at least since the virus began so have quarantined themselves. Their staff is afraid of being filmed likely because they too know the policy is wrong.

Every establishment that services the public has a right to refuse admission on any ground they deem harmful to their buisness. I have known disabled people refused because they couldn’t use a fire escape.

What an attention seeker. Guys hears the restaurant is barring foreigners so films himself going there to make an issue out of it. The staff were very polite. The person filming is wrong to do this to a private business, who are concerned about their health and safety.

I would like to know the name of the owners. Know if they have other restaurants, in order to boycott all their venues. Every Thai I have mentioned this too so far, also thinks it’s disgusting, pointless and ridiculous.

We were also denied entry to this viewpoint in Pattaya. It was around a Navy Base and there was a huge sign that said no entry for foreigners. We were told to our faces by the Security that Farangs couldn’t get in.

Thank you for the warning. I will tell my friends to never go there any more. But I also remember the health minister who called all the farang “dirty”.