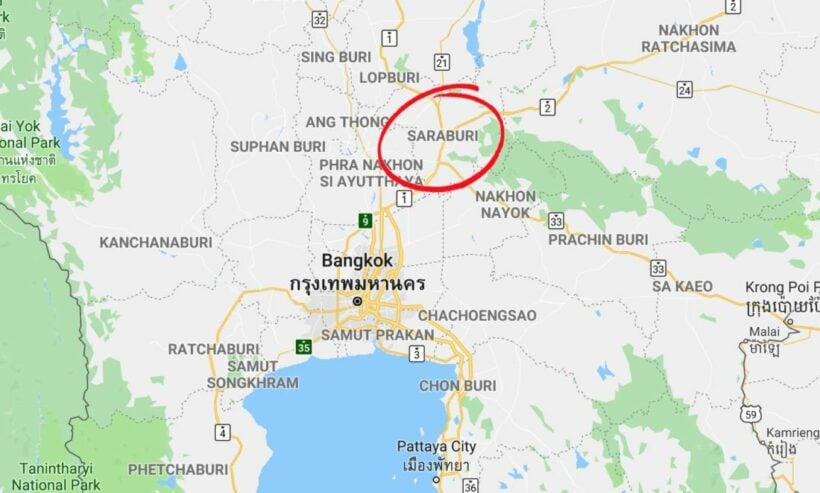 A man was killed inside a convenience store at sunrise today in Saraburi province, north of Bangkok, after shouting out loud, “If you have a gun, shoot me”.

The victim is identified as 59 year old Preecha Khunthong. He was shot several times between the eyes.

“I don’t know what happened between him and the gunman. At first, they spoke very softly before I heard the victim loudly challenging the other to shoot if they really had a gun,” said the cashier.

Her name has been withheld. According to her, the victim was about to pay for instant coffee when the gunman approached him.

“Following the shooting, he walked out and left with his vending cart,” the witness said.

Preecha’s friend said the victim just had breakfast in the nearby market.

“We had a meal together and he said he would head back home. I don’t know what happened,” he said.

Police are investigating the shooting in a bid to nail down culprits.