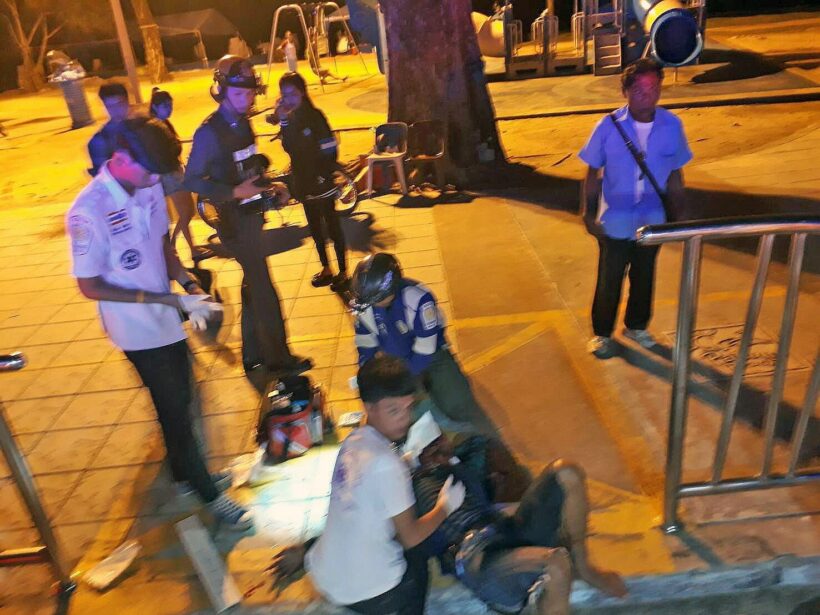 A 27 year old man, Natchasak Satitrong from Surat Thani province, was attacked while sleeping in a sala near the Loma Park football stadium in Patong early yesterday morning (Sunday).

At 4 am Kusoldham Foundation received a report about a man being attacked by a sharp item. They found Natchasak with knife wounds on his scalp, his left fingers, right arm were broken and his right foot was also slashed. He was rushed to Patong Hospital then transferred to Vachira Hospital.

Patong Police have already questioned him at the hospital as well as witnesses. He said that he was sleeping in a sala near the football stadium which is where the homeless in the area usually sleep. There was a man, who he’d never met before, hitting him with a wooden stick. He realised he was bleeding so he ran away to call for help. He said that he was scared and panicking so he didn’t notice who’d attacked him.

He’s already returned his hometown in Surat Thani while police are rushing to find the criminal by checking local CCTV camera footages and talk to the people who were sleeping in the same place during the incident. 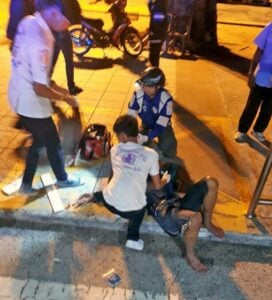