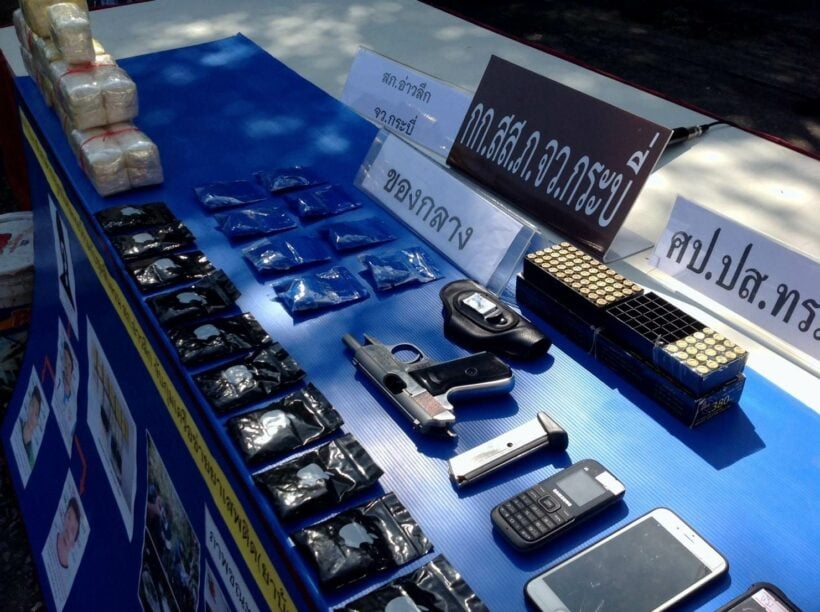 The 48,000 amphetamine pills were found wrapped in white plastic buckets and buried near a banana tree in the backyard of the house. Police also seized other items at the house, including a pistol, 3 mobile phones and a Toyota Fortuner car.

Apinan confessed that he was invited by Jirasak for the job to store the drugs at the house, receiving 50,000 baht each time. He had already done this 2 times; the last time was in October, when he’d already distributed the pills to the retail drug dealers. The second lot arrived in November and he was in the midst of spreading them to the dealers. However, Jirasak hasn’t confessed, saying that he is a medium for “Bung”, whom he doesn’t know the real name, who is supposedly the main dealer of this Krabi drug network.

“This drug network is a very big one, having their retailers working in many provinces in the southern region. We will continue the investigation to search for all the people involved with this case,” said Pol Maj Gen Worawit Panprung, Krabi Police Commander. 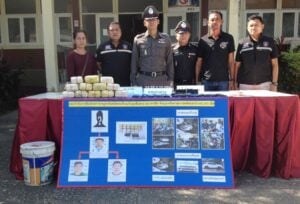