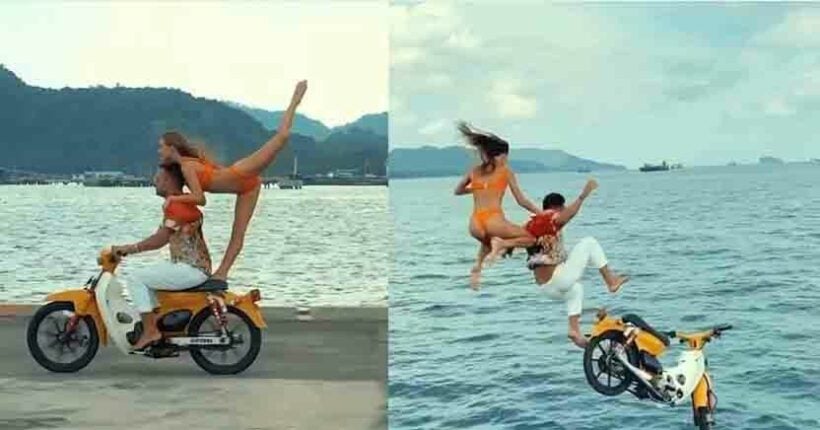 The Indonesian holiday island of Bali has lost patience with misbehaving visitors, with several tourists being deported for their high-jinks. Singapore’s Channel News Asia has been documenting the activities likely to get you kicked out of Indonesia – don’t say you haven’t been warned.

Bali locals are not in the mood for jokes as their country continues to do battle with the Covid-19 pandemic. Local authorities say they’re adopting a zero-tolerance approach to badly-behaved visitors – or at least the few that remain, given that global travel is currently pretty much non-existent.

CNA reports that around 160 people were deported from Bali in 2020 for various reasons, including indulging in what officials view as bad behaviour. In 2019, 165 people were kicked out of Indonesia, a tiny proportion of the 6.3 million well-behaved visitors that year.

So far in 2021, 60 have been deported, including a Russian influencer with 5 million Instagram followers, who was kicked out in January. Sergey Kosenko’s offence was to post videos of him partying with friends, in violation of Covid-19 restrictions. However, the final straw may have been a video that showed him and a female friend driving a motorbike off a dock and into the water.

Another Russian national, influencer Leia Se, was also shown the door, along with her friend, Taiwanese national Josh Paler Lin, who has over 3 million subscribers on You Tube. Their offence was to use drawn-on “face masks” to fool a supermarket security guard into granting them entry.

Meanwhile, the American visitor Kristen Gray was deported for promoting an e-book that provided advice on how to bypass restrictions aimed at preventing foreigners from entering Indonesia during the pandemic. And let’s not forget Canadian national, Kyle Martin, kicked out of the country for touting a “Tantric Full Body Orgasm” yoga class.

According to the CNA report, Bali’s economy has been decimated by the pandemic, with 80% of the island’s economy relying directly or indirectly on tourism. At least 75,000 locals find themselves out of work, while countless others have had their salaries severely cut. Nobody’s in the mood for laughing right now.