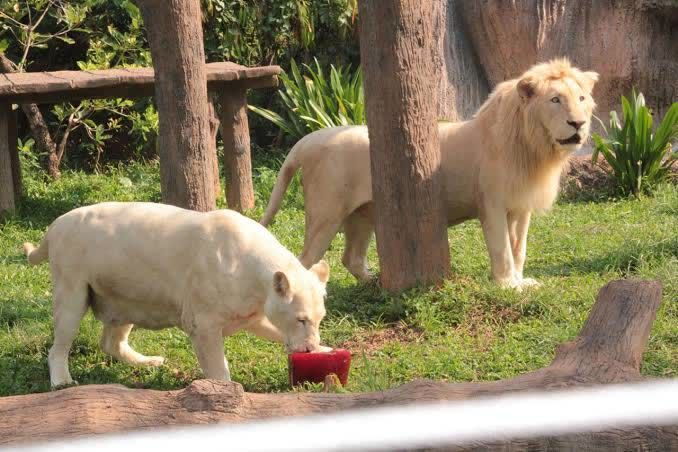 It’s hot. And humid. So hot that zookeepers are getting creative when it comes to cooling down the animals.

Lions and tigers are licking on frozen blood cubes while bears are munching on fruit popsicles made by zookeepers at Khon Kaen Zoo in Northern Thailand.

Temperatures have recently reached over 40 degrees Celsius, sometimes for days on end. Along with the cold meals, zookeepers are using the food to guide the animals over to the sprinklers to cool them off. Otters get more time to swim and they eat chilled mackerel.

Animals can get stressed at high temperature, human animals too. Some say the scorching heat may have caused monkeys to lash out in central Thailand’s Lop Buri province in a viral post. In March, two groups of monkeys that usually keep to their own turf – the temple and the street – had a brawl in the city streets.

If it was the heat that caused the monkey violence, maybe they could also use some frozen treats to chill out.

Anyone for a frozen blood cube?