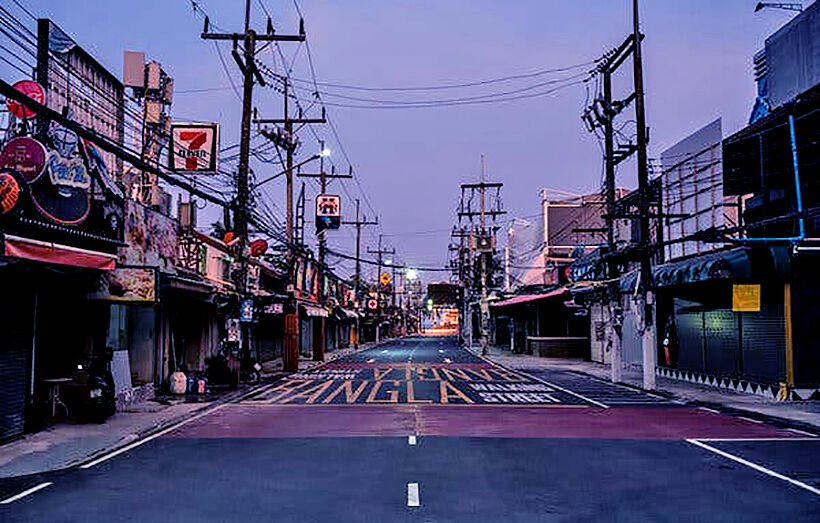 On Friday morning we were talking up the speculation that Thailand’s bars would be permitted to reopen on December 1. It had been a strong rumour, verified with countless politicians and police. Surely, with all the open flouting of the current alcohol ban, the government had just given up and were ready to reopen the bars, officially.

The daily Covid infections were still dropping, along with Covid-related deaths.

Out of all the comments coming in across The Thaiger desk over the past month, the ‘open the bars’ was a leading contender. There were arguments that Thailand couldn’t possibly survive without foreign tourists who would flock back to the bars and save the local economy. Others said they definitely wouldn’t come back until at least they could visit their favourite bar.

So the expectation was strong, after so many months of, mostly, falling infection number and deaths, that the bars would follow suit, along with everything else, and simply ‘open’.

The powerful alcohol industry had been in full lobby mode for 2 months, calling for urgent attention to their, and all other nightlife, businesses. Bar owners were taking matters into their own hands and speaking out on social media, even going on hunger strikes, calling for an end to the bar and nightlife closures.

And after the hype over the November 1 ‘reopening’ of the borders to fully vaccinated travellers without quarantine (well, there was only 1 night of quarantine), the opening of Thailand’s bar scene was probably next on the list.

Surely it was time. But we were all wrong.

The CCSA, chaired by Thai PM Prayut Chan-o-cha, announced yesterday it would delay the reopening of bars and nightlife entertainment venues until at least January 15. Even the most pessimistic pundits were shocked.

“We will allow the businesses to reopen, but we might start testing in some areas first.”

Thailand’s nightlife has been closed since April 2021 when some ‘gentleman bars’ in the Thong Lor and Ekkamai districts along the Sukhumvit strip became super-spreader venues which quickly spread the new Delta variant of Covid-19. The government gleefully pointed their fingers at these hi-so brothels despite many serving cabinet ministers being outed as guests who were “frequent visitors”.

So the government has been extremely risk-averse when it comes to bars and nightlife, not wanting another surge of Covid.

But, as it is, with the bars staying silent for another 2 months, the country loses another high season of traveller traffic. Sure, there will be a continuous dribble of arriving travellers, including some tourists, who will be prepared to go through the paperwork and risks (albeit small risks of testing positive when they arrive), along with an almost non-existent nightlife scene when they get here.

But any larger numbers of tourists will be waiting for either no restrictions, or very few, and the nightlife restored to, well, what people expect when they come to Thailand.

And then there’s the anti-mask brigade who will be waiting a lot longer than January 15, 2021 if they want to wander around Thailand without a face mask.

The current arrivals, averaging 3,000 per day, are about 1/40th of pre-Covid days. And, after a flurry of new arrivals in the first few days, the curve has flattened, although the daily arrivals are likely to pick up a bit over the next month – bars closed or not.

Of course none of this is quite as clear or as bleak as some would like to paint it. Many bars ARE open, especially in some of the hardest hit tourists areas of Patong, Nana, Chaweng and Patong. Pattaya, less so.

In plenty of cases, the word “bar” has been crossed out and chicken nuggets being served with a beer, barging through a loophole in the current guidelines which allows restaurants in some areas to serve alcohol until 9pm.

You can hardly blame the venue owners for flaunting the laws, probably making a few donations to “police station charities” along the way. And a core of locals and travellers are happy to take advantage of the lights being on and the drinks flowing again.

The, almost daily, police raids of venues around the country has done little to deter the illegal reopening of these venues – it’s in clear view and few seems to care much, including the authorities. Not all bars of course. But in some areas… maybe 10%.

Will we see more bars and clubs openly flaouting the laws? Or will the police enforce the ongoing ban for another 2 months? Or maybe the CCSA will mount some sort of staged review of the alcohol restrictions along the way?

For now, it’s going to, officially, be a dry new year and another 2 months of lost opportunities for the bar and nightlife businesses.

Shark
3 minutes ago, Mallo said: Im in Phuket right now and I can tell you the pandemic didnt hit the Thais hard at all. Bars are same price as before, ladies even increased their prices to 3000-4000 Baht shorttime and…
LoongFred
1 hour ago, Shark said: Wow seriously. This is even for me an offensive post. I'll try to reply politely... how can you say it didn't hit the Thais hard solely judging on one place where still on the Sarasin…

Shark
Just now, LoongFred said: It probably depend on how desirable you are. Probably a sliding scale. I actually guess that's how it works. They set the price on how they like the transaction person to be on top our below…

JohninDubin
10 minutes ago, Mallo said: Im in Phuket right now and I can tell you the pandemic didnt hit the Thais hard at all. Bars are same price as before, ladies even increased their prices to 3000-4000 Baht shorttime and…
MalloTM
4 hours ago, Shark said: Wow seriously. This is even for me an offensive post. I'll try to reply politely... how can you say it didn't hit the Thais hard solely judging on one place where still on the Sarasin…