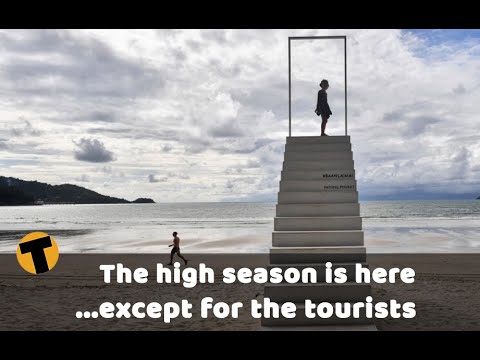 Just as last year’s high season was wrapping up, the Covid-19 pandemic became real and much of the world closed borders back in March. Thailand hoteliers, tour operators and airlines had to endure a very quiet low season, obviously a lot lower than usual. But with the next high season upon us the prospects of a sudden surge of tourists has evaporated with announcements over the past couple of weeks.

Thousands of businesses that were holding out for a bounce back over the traditional busy tourist season will now have to wait even longer.The mandatory 14 day quarantine and copious paperwork, despite all the best intentions, is simply too much of a burden for the vast majority of overseas visitors that still have the capacity and desire to travel to Thailand.

The proof is in the pudding and the uptake of the much-hyped Special Tourist Visa has been dismal. Here’s the problem…The hospitality and tourism industry are demanding ways to re-open the borders and manage the Covid situation into the future. Meanwhile Thai government officials seem to be waiting for the magic pill, the arrival of a viable vaccine, to provide the safety net for a widespread re-opening of Thailand’s borders to occur.

The local solution for a tourism reboot can only do SO much. Whilst Thais are being stirred out of their provinces with stimulus packages to stay in hotels and eat at restaurants, most aren’t travelling far and the hopes for a domestic-tourism-led recovery are fanciful at best.

Nothing short of a broad re-opening of the borders, along with dropping many of the restrictions and paperwork, will save Thailand tourism. But the country’s health officials are saying the risk is too great, especially as much of the world is now experiencing a major surge in new cases and deaths caused by Covid-19.

And even if they fling open the borders tomorrow, who would be coming? The volume of the world’s travellers has been reduced to a trickle and, around the world, international flights are few, and expensive. Some of Thailand’s larger tour companies and hotel groups will be able to hang in there, surviving on limited re-openings of rooms or just keeping the doors locked and sacking staff. Smaller businesses have either already closed up shop, or will not be able to weather any further extension of the tourist drought.

In Chiang Mai the weather is starting to cool with crisp mornings and evenings making the northern city a popular tourist hot spot through December, January and February. In Phuket, the wet season is over and the skies glow bright blue with cooling breezes and long stretches of clear beaches. In Bangkok the Christmas decorations are already up at shopping malls awaiting the flood of international tourists for the high season.But the fate of this high season is already sealed and the return-to-normal simply isn’t going to happen.

Whilst much of the tourism and hospitality industry thought that this year’s 2020/2021 high season would signal the start of a ‘new beginning’, it’s just turned out to be the beginning of an even longer haul for Thailand’s industry players, and the thousands they employ.