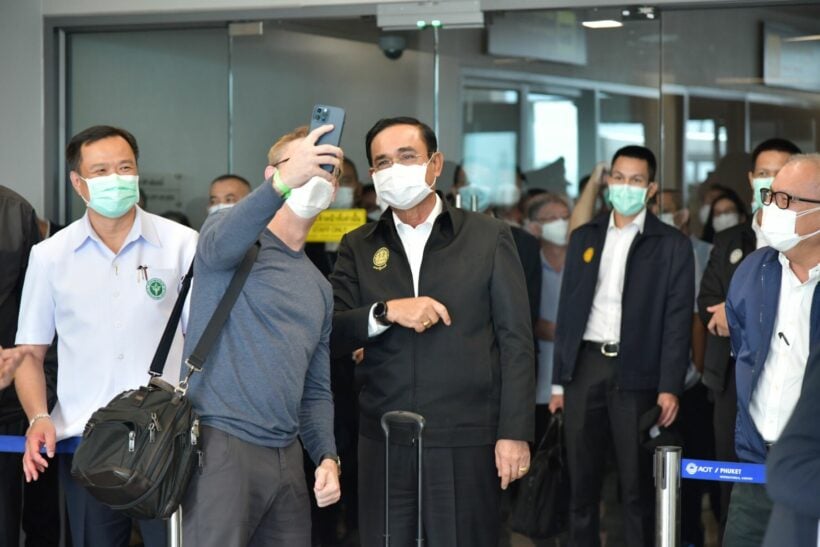 While Covid-19 has wreaked havoc on the Thai economy and tourists are now returning to shuttered businesses, the beauty of Thailand is still visible and the lifestyle still may be better than many countries in the world.

After jumping through dozens of hoops in advance, and on arrival, many visitors who just arrived in Phuket are expressing happiness to be here and satisfaction with their trip so far. The director of the Phuket office of the Tourism Authority of Thailand has reported positive feedback from the new arrivals.

A group of travellers who arrived on July 1 from Israel made up of individual travellers, tour groups, and members of the Israeli press will spend a week exploring the Phuket province. The visitors seemed happy while enjoying local food in the Phuket Old Town yesterday afternoon, saying that the locals were friendly as well. And the feeling was mutual, with community leaders saying that residents rejoiced in seeing the first drops of tourism come back to life on the island.

Another planned tour of the Phuket Old Town is scheduled for Thursday with a group arriving from Dubai. In the meantime, the previously arrived international tourists have received their first Covid-19 test results and, with no reported positive tests so far, they’re enjoying roaming Phuket island freely.

Travellers report that it’s a great opportunity to clear their heads and just relax after a year of covid-19 stresses. They’re exploring and enjoying strolls on the peaceful beaches, and lounging in the hotel pools. Though tourists are confined to Phuket province, it’s a large island with plenty to explore, unlike other areas that have full quarantine requirements.

But with the expense and difficulty in getting back into Phuket, local vendors are already complaining of a disproportionate amount of tourist spending going to five-star hotels and fancier restaurants. With less than 1,000 international travellers arriving in the first two days, Phuket street vendors are not seeing any uptick in patronage yet as the arriving tourists are opting for more luxury options. Budget hotels and small businesses had long been complaining that they will see little benefit from the Sandbox.

According to the TAT’s Phuket office, and quoted in the Bangkok Post today, Phuket is expecting more than 2,400 arrivals today, though flight data and ticket sales suggest a much lower number.

Under 200 people were expected to arrive on the 3 Thai Airways flights that landed this morning from Europe, and only 2 Middle East flights and a late-afternoon flight from Singapore remain. Each flight would need over 500 passengers, which far exceeds the maximum capacity of the planes.

Here’s the list of international arrivals in Phuket today…

Still, for those who have arrived so far, even with bars and nightlife closed, the beauty and advantages of Thailand that many expats may have grown accustomed to, are still putting a smile on the faces of those who fought hard to be among the first visitors in the Phuket Sandbox.

Welcome back to Thailand! For more information on how to get into Thailand during the pandemic, CLICK HERE.

Norton
14 hours ago, vlad said: Not wanting to sound bitter but lets be honest the Arrivals are not tourists looking for a 2-3 week Holiday. They are tour company agents identifying potential holiday destinations mostly high End resorts and 5 star Hotels…
Norton
Here's my take on the reopening...  Let's hope one doesn't catch the Delta variant and test positive and require the hard quarantine.  Personally, I've caught the original and it was nothing - for me.  Been vaxed as well.  The way…

AussieBob
55 minutes ago, Norton said: Here's my take on the reopening...  Let's hope one doesn't catch the Delta variant and test positive and require the hard quarantine.  Personally, I've caught the original and it was nothing - for me.  Been…
Aimless
16 hours ago, vlad said: Not wanting to sound bitter but lets be honest the Arrivals are not tourists looking for a 2-3 week Holiday. They are tour company agents identifying potential holiday destinations mostly high End resorts and 5 star Hotels…
Max
So welcome they are..... Dont write a review about your hotel. Dont talk politic. Dont talk about the royals. Dont forget to shower 5 times a day(dirty farang). Pay for everything more than thais. Just lie on the beach and…