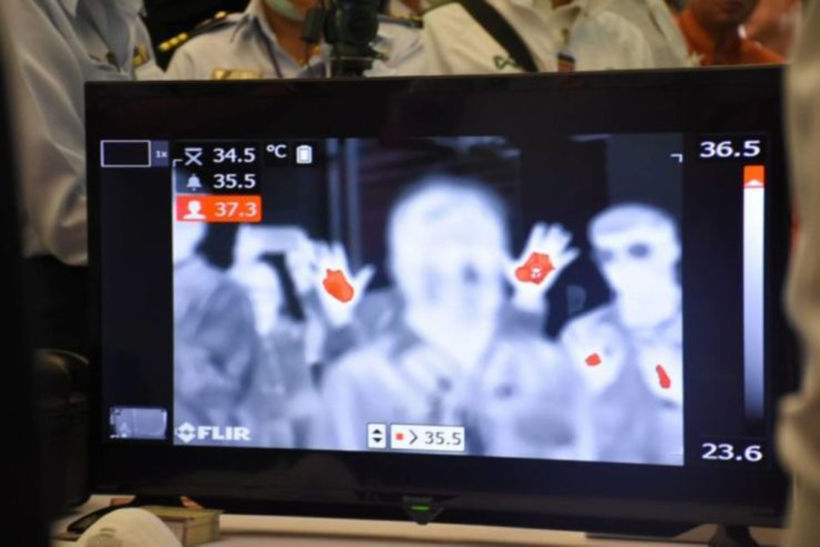 PHOTO: Screening continues at airports in Thailand receiving passengers from Wuhan in China

The mysterious pneumonia-like disease striking dozens of people in Wuhan, China, has now been identified as from the same family of viruses as the deadly SARS (severe acute respiratory syndrome). This news from Chinese scientists today.

Earlier today The Thaiger reported that three Thais and a Chinese citizen had been detected arriving from Wuhan in the Hubei province with suspected viral symptoms comparable with a flu or viral pneumonia.

The scientists say they’ve found a new “coronavirus in 15 of 57 patients with the illness in the central city of Wuhan, saying it has been preliminarily identified as the pathogen for the outbreak”.

The news was reported on the Chinese state broadcaster CCTV.

“Coronaviruses” are a large family of viruses that can cause anything from the common cold (rhino virus) up to to SARS*. According to the WHO, some coronaviruses are able to transmit easily from person to person, while others can not.

The CCTV report went on to explain that the current ‘Wuhan Virus’, a coronavirus, appears to not be as lethal as SARS.

“Its symptoms are mainly fever, with a number of patients having difficulty breathing. Eight patients had recovered and been discharged from hospital as of Wednesday, and no deaths have been reported.” (Translated from CCTV)

This new viral outbreak was first detected in the city of Wuhan on December 12 last year. A total of 59 people have been identified as contracting the illness. Seven patients have been in a critical condition at some stage, according to Chinese health authorities. Authorities report that no healthcare workers have been infected.

Some of the patients were reported to have been employed at a seafood market in Wuhan. Local media reported the market also sold “other live animals, including birds, rabbits and snakes”. These reports sparked concerns that the virus might have been transmitted to humans from animals.

Six coronaviruses are known to infect humans — four of them typically cause the common cold, and the other two are SARS and MERS (the middle east respiratory syndrome, first identified in Saudi Arabia in 2012).

In a statement today the World Health Organisation said that China’s preliminary identification of a “novel virus” in such a short period since its earliest identification, “demonstrates the country’s increased capacity to manage new outbreaks”.

Across Asia governments are now stepping up preventive measures such as airport temperature screening and requirements for notification in the wake of what is being referred to as the “Wuhan outbreak”.

Airports of Thailand says they are monitoring a the detection of any viral symptoms from Wuhan flights coming out of China. They say that six airports are now ready to cope with the situation by setting up international communicable diseases control checkpoints. Up to date four passengers – three Thai and one Chinese – have been detected and isolated pending further prognosis. 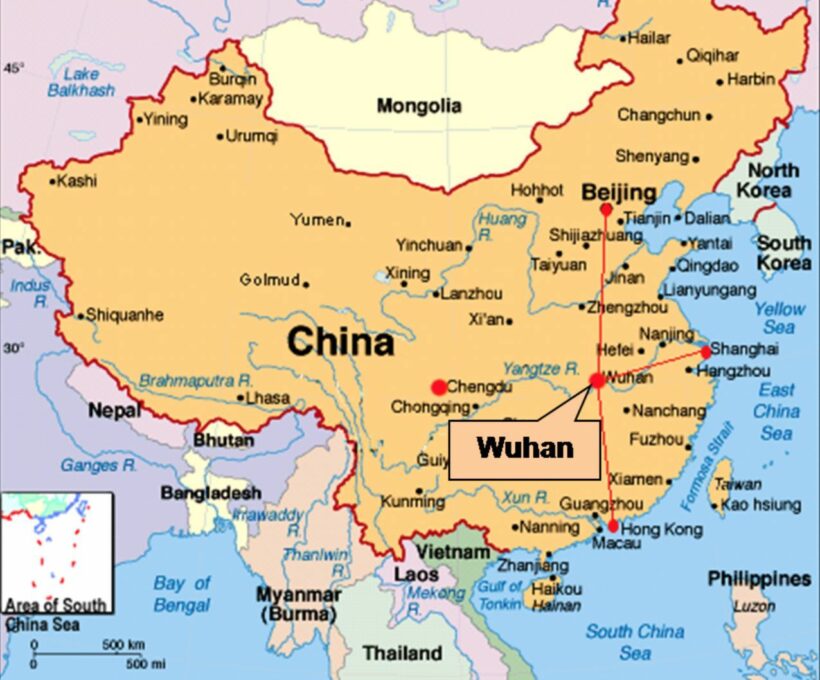