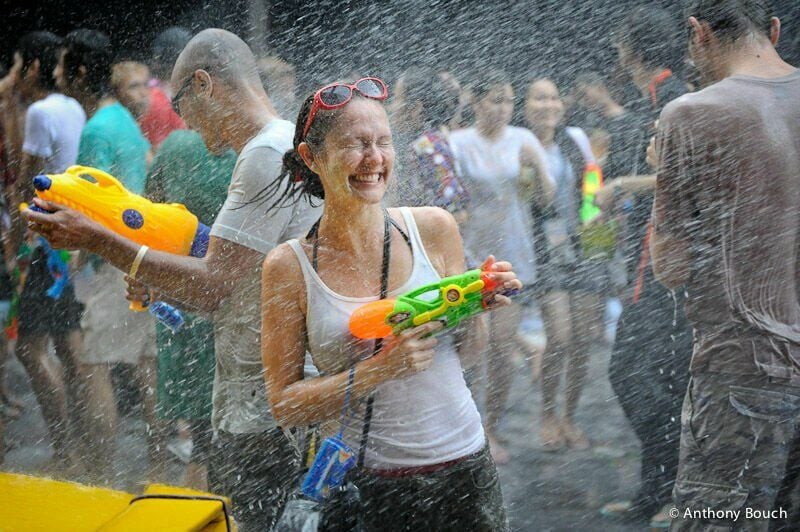 No foam parties or powder smearing will be allowed in Bangkok during Songkran next month, but when it comes to water splashing on the Thai New Year, known for massive water gun fights, the rules are a bit vague. “Traditional water sprinkling” is allowed, but officials did not go into detail about what exactly that means.

The Bangkok Communicable Disease Committee decided to allow “water sprinkling” in specific areas that have sought permission, and organisers must abide by “Covid Free Setting” measures set by the Centre for Covid-19 Situation Administration. Participants must stay at a Covid-safe distance of four metres and wear face masks. No alcohol is allowed.

The committee met yesterday to discuss petitions from local businesses to allow Songkran parties to beheld in popular tourist areas like Khao San Road. At the meeting, the Bangkok Metropolitan Authority decided to permit “traditional water sprinkling” activities within a “Covid Free Setting.” Water splashing in public areas and roads is prohibited.

If a Songkran event is expected to exceed a thousand people, the event organiser must obtain permission from the BMA’s Health Department, while local district authorities will grant permission for events with less than a thousand participants.

So far, the administration has received no more than eight requests from private firms and temples seeking permission to hold Songkran activities on their private grounds. Meanwhile, 46 out of Bangkok’s 50 district offices had declared they wouldn’t hold Songkran celebrations, and the other four district offices have not yet announced their decision, the Bangkok Post reported.

Earlier, the CCSA had agreed that water splashing and traditional water pouring as a blessing would be allowed at organised events — as long as there is no alcohol and events are under “Covid Free Setting” measures. Water splashing is not allowed on public areas, like roads. The government is focusing on allowing water splashing and pouring as a blessing at traditional Songkran events rather than the massive water fights the Thai holiday is internationally known for.

On Thursday, business owners in Bangkok’s popular walking street, Khao San Road, teamed up with tourism professionals from Pattaya, Phuket and Chiang Mai to draft and submit a joint petition urging the CCSA to repent of its party foul, fearing a loss of income.

The group has proposed a list of measures for screening and limiting Songkran party participants, according to the president of the association of business operators on Khao San Road, Sa-nga Ruangwatthanakul.

“We will put in place measures to handle party-goers on the 400-metre stretch of Khao San Road. We want to explain to the government that the country is trying to welcome tourists back, particularly in the summer when the Songkran festival will be held.”

“But the famous water splashing is banned. With such a ban, how can we attract them to the country? We ask the government to allow the activity on April 12 to 15 to promote the festival.”

Bangkok’s communicable disease committee met on Monday to consider their request and announced their decision on yesterday. Clerk Khachit Chatchawanit said the committee would “consider what is best for Bangkok residents.”

According to the law, provincial communicable disease authorities may ask the CCSA’s operations centre to remove the unpopular Songkran restrictions, which will then pass them on to the CCSA, according to the director-general of the Department of Disease Control, Opas Karnkawinpong.

The current Songkran precautions outlined by the Public Health Ministry say that festivities can still be held, albeit without the classic chaos of water fights and powder smearing in public, as well as no alcohol sales, according to a spokesperson for the CCSA, Apisamai Srirangson.

“Songkran events can still be held as long as the right precautions are taken, and people can travel to other provinces to visit their relatives and take part in traditional activities there.”

The CCSA’s current restrictions also encourage festival observers to practice traditional activities without water, such as bowing to elders at a distance of at least a metre, instead of pouring water on their hands as a sign of respect and blessing.

The restrictions, though well-meaning, fail to take into account the elderly’s desire to be blessed and honoured by their younger relatives, while also reflecting logical fallacies about the spread of Covid-19 among family members. 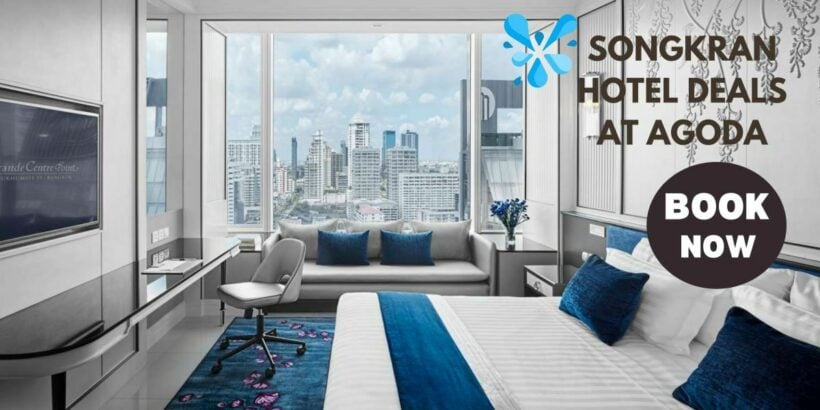 JamesR
On 3/30/2022 at 4:03 AM, Soidog said: So most Thais will interpret this statement as everything is back to normal for Songkran. Perhaps there won’t be the big stages set up (though probably will). No one will be able to…

Soidog
2 minutes ago, JamesR said: Spot on. But I don't really see what the Thai government can do, too many Thais are refusing to have their vaccines, if the country opens up just to satisfy the tourist industry the majority…
HiuMak
Hope it rains during songkran. You get splash with the safety distancing.