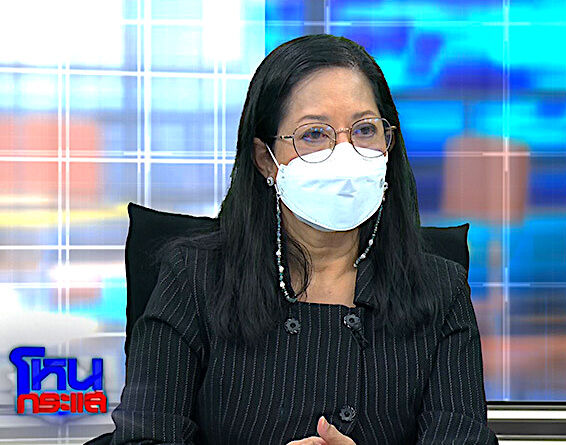 The mother of drowned actress Nida “Tangmo” Patcharaveerapong isn’t happy with the conduct of a senate committee’s probe into the police investigation of her daughter’s death. She’s also doesn’t seem too pleased with the preliminary results of the second autopsy.

The mourning mum has asked the Senate committee on human rights, liberty and consumer protection to withdraw her earlier request for an investigation into the police handling of her daughter’s death. The letter in question had petitioned the committee to review the police case, and specifically requested for a certain renown forensics expert to participate.

The letter had been written by Panida Sirayootyotin’s former lawyer and she had signed it — shortly before she fired him. After hiring a new lawyer, the mother decided that the letter had not expressed her intentions correctly. She is currently represented by Decha Kittiwitthayanan, who advised her to withdraw the letter.

The bizarre backtracking comes after the senate committee visited Nonthaburi police headquarters last Friday, where they inspected key evidence in the case, including the speedboat that the actress allegedly fell from last month. The senators had found the boat parked outside the building, where it had been openly exposed to the weather, including rain. They had advised police to store the boat properly to protect important forensic evidence while the case remains open.

But Panida must not have been too pleased with what she read about the visit in the media — nor with the initial assessment of Thailand’s preeminent forensics expert, Dr Khunying Porntip Rojanasunan, who had earlier said the first autopsy was conducted thoroughly and that she believed the evidence pointed to homicide, not murder. Indeed, this has been a bitter pill to swallow.

On Monday, Panida arrived with her current lawyer at parliament, where she senator Somchai Sawaengkarn, the committee chairman, to withdraw the letter that her former lawyer had submitted requesting the senate committee investigation. She also specifically asked Somchai to exclude Dr. Pornthip from its probe into the death. Dr. Pornthip is a senator as the former director-general of the Central Institute of Forensic Science.

Decha alleged that Dr. Pornthip had “intervened” in police investigation, when she expressed her criticism of how the police had stored the speedboat that Tangmo had fell from. He said she had also publicly discussed autopsy results, despite Panida having asked her to simply observe the investigation. 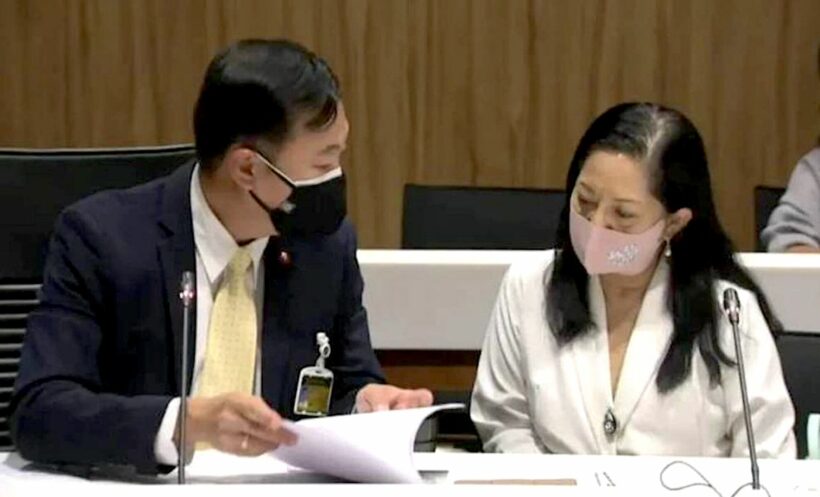 But senator Somchai was quick to reassure the mom and set the record straight. He insisted that the committee had not “interfered with the police case.” Rather, it had worked in an a transparent manner to ensure that justice is served. Before meeting with the mun in mourning, Somchai said the committee had accepted her request to investigate Tangmo’s death because it was a criminal case of great influence.

Somchai said the mother’s asking to withdraw her initial request wouldn’t stop the committee’s probe, as they are not seeking publicity. Rather, they believe it’s in the public’s best interest to conduct the review and bolster the public’s confidence in the justice process.

He also reassured police that the committee would not interfere with their investigation, as they don’t have the power to tell police what to do or how to do it. Moreover, the senator said many members of his committee were involved in the reform of the justice process, including Dr. Pornthip.

For her part, Dr. Pornthip also affirmed that the committee had not interfered with the ongoing police case, but had simply advised investigating officers how to better protect key evidence from the effects of the weather. She said she believed the committee would continue examining and evidence and that the case would help shine a light on where the justice process needs reform.

Senator Somchai said the committee would consider the mum’s new request at a meeting next week, when they would discuss how to proceed. In short, no lady can stop the show from continuing on — not even Tangmo’s mother.

The popular Thai actress Tangmo was travelling with five other people on a speedboat when she went overboard into the Chao Phraya River and drowned on the night of February 24. Her body was found in the river nearly two days later. She was 37 years old. Police have yet to determine what caused her to topple overboard and who is to blame.