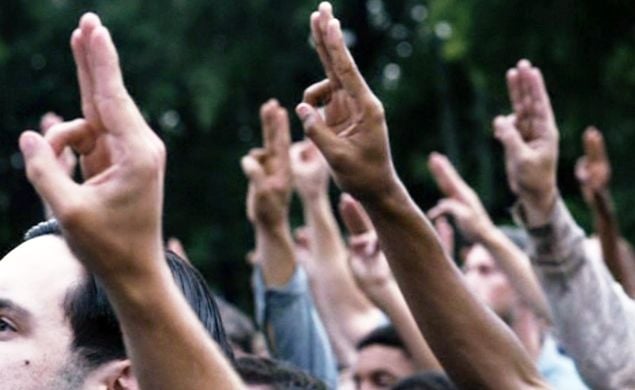 “Thai authorities should not repress peaceful protests with draconian laws that violate freedom of speech and other civil liberties.”

At 4am on October 15, Prime Minister Gen. Prayut Chan-ocha declared a state of emergency in Bangkok. He asserted that the escalating protests by pro-democracy groups contravened the law and the constitution, caused disturbances, undermined measures to curtail Covid-19, and harmed national security and public safety. The government also accused protesters of disrupting the queen’s motorcade near Government House on October 14.

The draconian Emergency Decree on Public Administration in Emergency Situation provides authorities with broad powers to arrest individuals without charge and detain them in informal places of detention. Officials carrying out the duties under the decree enjoy legal immunity. The decree does not require access to legal counsel or visits by family members.

Under Thailand’s emergency decree, authorities can impose broad censorship to curb freedom of expression and media freedom. International news reporting on Thailand, such as by the BBC World Service, has been blocked on the country’s main cable TV network, True Visions. Authorities have also pressed satellite service providers to block the broadcast of Voice TV, a station widely known for its criticism of the government. Discussions about political issues in the parliament have also been suspended. Any public gathering of five or more people has been banned in Bangkok.

Thailand’s government has maintained its opposition to the youth-led democracy protests, which started on July 18 and later spread across the country. The protesters have called for the resignation of the government, the drafting of a new constitution, and an end to authorities harassing people who exercise their freedom of expression. Some of the protests included demands for reforms to curb the king’s powers. Thai Lawyers for Human Rights reported that at least 85 protesters faced illegal assembly charges for holding peaceful protests in Bangkok and other provinces. Some protest leaders have also been charged with sedition, which carries a maximum seven-year prison term, for making demands regarding reforms of the monarchy institution.

“The Thai government has created its own human rights crisis,” Adams said. “Criminalizing peaceful protests and calls for political reform is a hallmark of authoritarian rule.”

International human rights law, as reflected in the International Covenant on Civil and Political Rights, which Thailand ratified in 1996, protects the rights to freedom of expression and peaceful assembly. But Thai authorities routinely enforce censorship and gag public discussions about human rights, political reforms, and the role of the monarchy in society. Since the military coup in 2014, the Thai government has prosecuted hundreds of activists and dissidents on serious criminal charges such as sedition, computer-related crimes, and lese majeste (insulting the monarchy) for peacefully expressing their views.

In addition, over the past five months, the authorities used emergency decree measures designed to help control the Covid-19 pandemic as a pretext to ban anti-government rallies and harass pro-democracy activists, Human Rights Watch said.

“The Thai government is threatening peaceful protesters with long prison terms simply for demanding reforms aimed at the creation of a rights-respecting democracy,” Adams said. “Concerned governments and the United Nations should publicly condemn this wave of political repression and urge the immediate and unconditional release of democracy activists.”

Activists vow to push ahead with political protests in Bangkok today