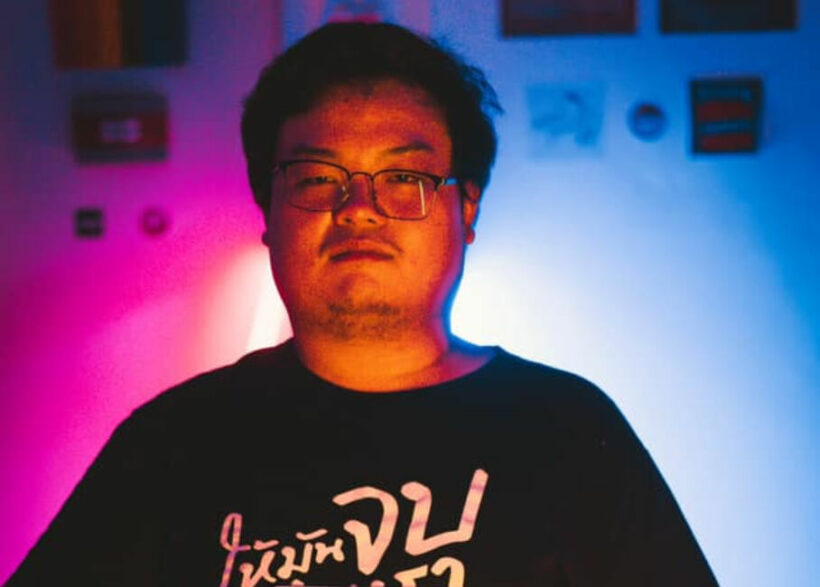 PHOTO: Parit “Penguin” Chiwarak and 3 other activists turned themselves in today after warrants were issued. (via Parit Chiwarak Facebook)

Parit “Penguin” Chiwarak, along with 3 other well-known activists and leaders in the protests against the government turned themselves in at the National Police Headquarters today after arrest warrants were issued for protesting in violation of the Emergency Decree. Sirichai “New” Nathuang, Nutchanon Pairote, and Promsorn “Fah” Veerathamjaree also surrendered to the Royal Police today. They are accused of planning the protest on August 2 that demanded the release of Jatupat “Pai Dao Din” Boonpattararaksa.

The warrants for their arrest focused on the violation of the Emergency Decree and Communicable Disease Control Act which currently bans any gathering of more than 5 people in dark red zones, rather than focus on the harsher charges like violating the lese majeste laws against the monarchy that earlier crackdowns on protesters centred on. Government authorities stand firm that these crowd control measures are solely to prevent the spread of Covid-19, but the declarations have often come suspiciously close to the start of planned mass protests.

The 4 prominent young protest leaders were all taken into custody and transported to Khlong Ha police station around 3 pm to be questioned. They are currently at the Region 1 Border Police Bureau, the same location of the August 2 demonstration, awaiting transfer to the Thanyaburi Provincial Court tomorrow.

Bail was denied for the 4, but Penguin made a point to announce that the car-mob protest on Tuesday organized by United Thammasat for Demonstration would still take place, even if the 4 activists remained in police custody.

Meanwhile, despite widespread support for much of the political messaging the protesters advocate for, prominent protest group Free Youth is experiencing some backlash after the more aggressive and violent nature of yesterday’s demonstrations that rerouted on the fly after meeting police resistance several times.

The protests yesterday were marked with protesters aggressively trying to break through barriers and setting fire to a police detainment van, as well as crowd control police firing rubber bullets and teargas into the crowds, resulting in multiple injuries of police and protesters, but also innocent bystanders. Many supporters of the cause condemned this style of protest and a trending Thai hashtag called for the Banning of Free Youth.

gummy
2 minutes ago, bushav8r said: They look very chill. Yes the cold can have an effect
HolyCowCm
2 hours ago, AussieBob said: Seen the latest Disney movie 'The Suicide Squad'?  Great movie and Harley Quinn (Aussie girl) as back to her best.  Rumour has it a movie involving The Joker is on the books. Matter of fact yes,…
HolyCowCm
These kids sure are the real deal when it comes to their future and the extremes they are willing to go to and take in order to get them. Long way to go, but they are an inspirational foundation and probably a…

ThairdOfBS
He will be a future leader methinks and hopefully Democratically elected too, but the Royalists might just prevent it....if you follow