Burmese people living in Thailand are calling on the United States government to step in and protect their fellow citizens after the military coup in Myanmar. A group of Burmese nationals gathered outside the US Embassy in Bangkok to submit a letter addressed to the US president. A demonstrator told Nation Thailand that they are worried about their families back in their home country.

The Burmese military took over power of the government on February 1, citing what they call a fraudulent election. The military also arrested State Counsellor Aung San Suu Kyi, who had won the democratic election in a landslide, as well as other civilian leaders. Aung San Suu pushed for democracy in Myanmar for decades and won the Nobel Peace Prize for her efforts.

Democratic Forces in Thailand gave a letter to the US Embassy in Bangkok, calling on President Joe Biden to take immediate action against the Burmese military.

Dear Mr. President of the United States of America,

We are citizen of Myanmar (Burma). We need your help in emergency. Our officially President U Win Myint, State Counsellor Aung San Suu Kyi and members of the government are arrested by Burmese military leaders who are rebellion against the state. The people of Burma emergency need your help for taking your military action against the Burmese military leaders. Our hope and future are now depend on your immediate action.

The Biden administration has already launched a new sanctions regime in response to the military coup in Myanmar. The US government blocked property and interests related to 10 current and former military officials who the US government found responsible for the military coup in Myanmar as well as property and interests related to 3 Burmese entities.

In a news release from last week, US Departent of the Treasury Secretary Janet L. Yellen said the department stands with the people of Myanmar and they are doing what they can to help them secure freedom and democracy.

“We are also prepared to take additional action should Burma’s military not change course. If there is more violence against peaceful protestors, the Burmese military will find that today’s sanctions are just the first.” 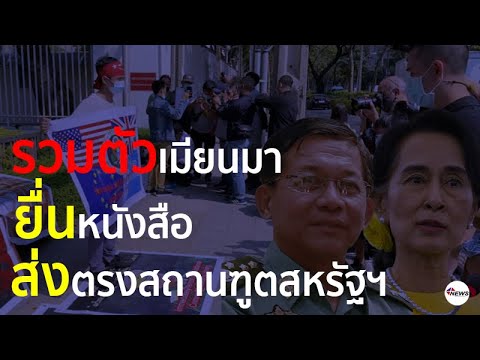 Is THIS the cheapest five star hotel in the world? Right here in Bangkok | VIDEO