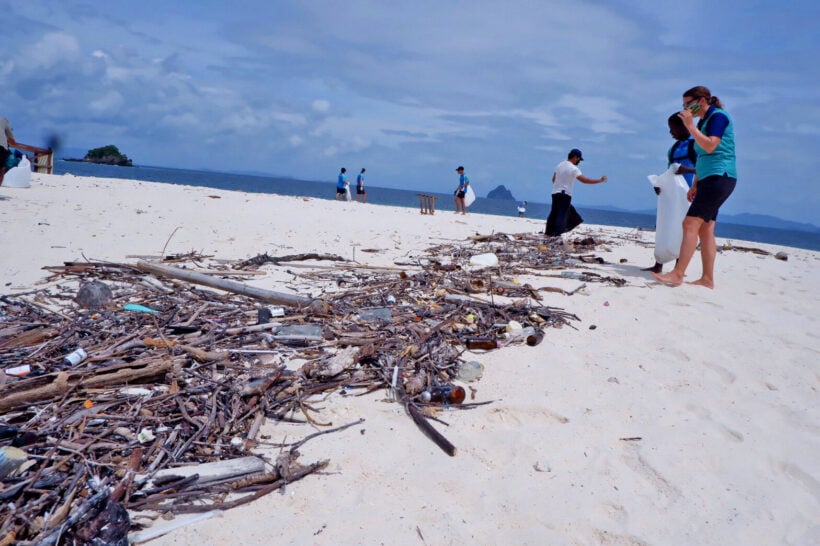 Phuket’s UWC Thailand and 5 Star Marine have collaborated with government departments to help clean up the rubbish stricken Khai Islands off the coast of Phuket.

Yesterday, staff and students from UWC Thailand International School and 5 Star Marine collaborated as part of the tourism restart plan and program. The popular islands needed a major clean up before they were ready for tourists to visit again.

They were joined by members and volunteers from the Sustainable Mai Khao Foundation, one of Phuket’s organisations focussed on connecting and empowering the community to preserve the natural environment. More support came from the Royal Phuket Marina who combined their forces in this joint effort.

The Khai Islands have been shut to tourists and locals since July 2021, under the province’s Covid-19 rules and restrictions. There has also been a huge amount of sea rubbish washing up on the beaches as a result of the annual monsoon season. Added to absence of people allowed onto the islands to clean them up, the need for yesterday’s initiative was imperative.

Organisers worked with the Koh Yao Yai Village Chief, along with the Phuket Marine Department Director plan the day to get the best result. Getting volunteers out to Khai Nok was made possible with 4 speedboats operated by 5 Star Marine Phuket.

Shaun Stenning, CEO and Founder of 5 Star Marine says the initiative was a natural extension of the close working relationship with UWCT.

“We are grateful to all the staff and students who have dedicated their time to help with community efforts on campus, even throughout the restrictions. We greatly appreciate the support of the Government Departments, Sustainable Mai Khao and the Royal Phuket Marina, without whom this clean up would not have been possible.”

For UWCT it was an opportunity to make a difference for their community, and future visitors, and integrate these efforts into their school’s Extra-Curricular Activities.

The Khai Islands have now re-opened to domestic and Sandbox travellers. They have previously proved a popular destination as an easy to reach (only 15-20 minutes from Boat Lagoon pier) and family friendly day trip location.

Each of the Khai Islands offers something slightly different including shallow water snorkelling, well suited to families with young children, snorkelling right off the boat, a great variety of coral and marine life to explore, plus opportunities to relax on one of the beaches.

With the immense clean-up complete, domestic and Sandbox guests can now enjoy these islands in their former glory; clean and safe thanks to the combined work of UWCT, 5 Star Marine and the Phuket Government Departments. 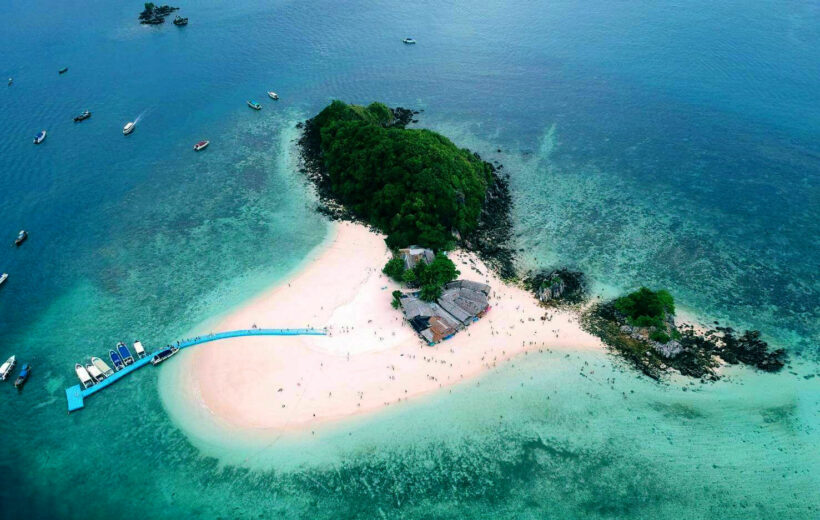 Marc26
4 minutes ago, AussieBob said: True - but overall in Thailand - and I have been to a lot of Thailand villages - most are very messy. There are a lot of Aussies that live with their Thai wives in/near their…

AussieBob
11 minutes ago, Marc26 said: There are the odd cows and plenty of chicken and some pigs But I wouldn't say there are many though.... Plus it is a relatively well off rice farming village  So I guess that would…
Stonker
1 hour ago, AussieBob said: Unfortunately the truth is that Thais have a very much 'farmland mentality' when it comes to keeping things clean and tidy.  Like most 'farmers' they just put things aside for later and over time the…
harry1
still awaiting beach management  in phuket as promised 20 years ago,mostly foreigners are clearing up the beaches,l shudder to think what becomes of the rubbish on these smaller island ?

mickkotlarski
On 10/16/2021 at 7:23 AM, AussieBob said: Unfortunately the truth is that Thais have a very much 'farmland mentality' when it comes to keeping things clean and tidy.  Like most 'farmers' they just put things aside for later and over…