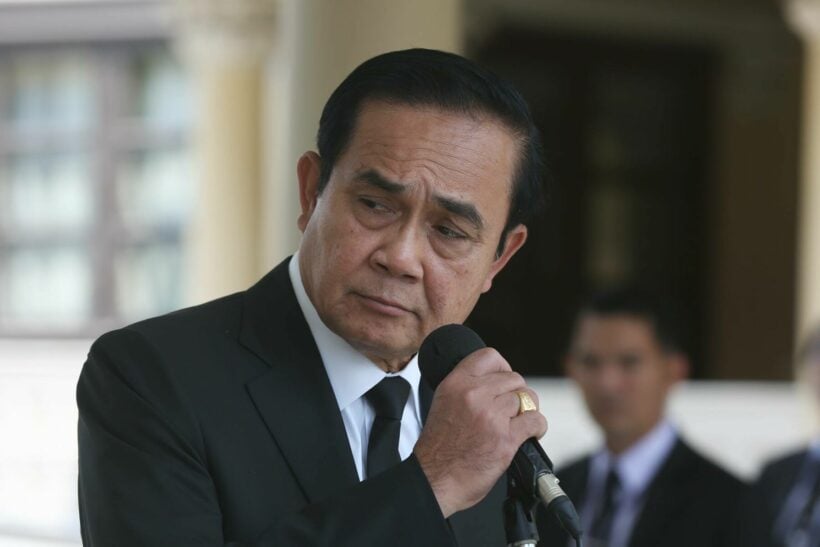 Prime Minister Prayut Chan-o-cha yesterday dismissed claims he is about to jump ship and join another political party.

It has been a tumultuous few weeks for the leader of the Palang Pracharath Party (PPRP). The PM survived the censure debate and a no-confidence vote a little over a week ago while political activists this week have called for the 68 year old to “abide by the law” and step down when his term expires on August 24. The date marks two consecutive terms as PM. The Thai Constitution states that a prime minister can only serve two terms and a maximum of eight years.

If rumours circulating Parliament are to be believed, the Thai supremo is going to join Ruam Thai Sang Chart Party. As the saying goes “There’s no smoke without fire.” But, the Thai PM denied that the newly emerging political party Ruam Thai Sang Chart approached him to be its leader in the upcoming election next year.

“Well, the party has its own policies. I have nothing to do with it. It is just another emerging party.

“I only expect all parties to work together for the sake of the country’s peace and prosperity. I offer my moral support to every party.”

Speculation grew that the PM is about to join the party on the back of him using the term “Ruam Thai Sang Chart” (Uniting Thais to Build the Nation), which he has said on a number of occasions in the past.

“They used the term to name their party. I didn’t tell them to do so and I am not its leader.

“I still stay with the PPRP, won’t I? Where do you want me to go? The party supported me to become prime minister, didn’t it?

“I remain with the PPRP in the next election. I still stick by my word.”

Ruam Thai Sang Chart was founded by Seksakol Atthawong, a former aide to the prime minister.

The party came to national attention last year. Political observers believe it has been set up as an alternative to the PPRP, should the ruling party encounter any legal trouble.

Pirapan is reported to have applied for party membership on July 28 while Akanat, and Duangrit enrolled on Monday.

Foolish_Farang
Like this guy respects the law? He staged a coup if I remember rightly. There will be fireworks if he doesn't get his own way.
Pompies
Other parties must be breathing a sigh of relief that Dear Leader is not joining them. He is beyond incompetent, has delusions of adequacy and will be toxic to any party that is aligned with him. The stench of rottenness…

DesperateOldHand
Hmmm... I smell another coup in works.

Faraday
3 hours ago, Thaiger said: jump ship One can hope.

Bluesofa
9 minutes ago, Faraday said: 3 hours ago, Thaiger said: jump ship One can hope. With his reputation he'll end up aboard the Mary Celeste. Then he'll have no one to shout at.