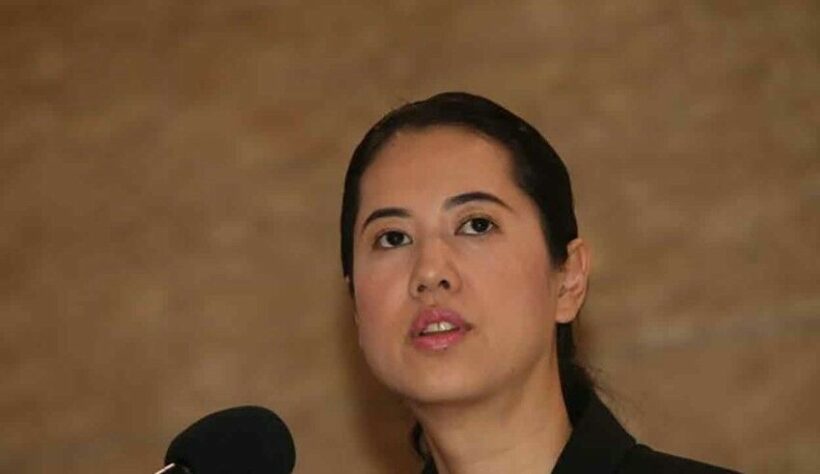 After a former MP of Thailand’s Palang Pracharath Party was permanently banned from Thai politics yesterday, she now vows to continue her political activities anyway. The woman, Pareena Kraikupt, was banned from politics by Thailand’s Supreme Court because she used forest reserve land in Ratchaburi for her private poultry farm.

The Supreme Court’s Criminal Division for Political Office Holders found Pareena guilty of severe ethical misconduct. Now she cannot run for political office at any level, national or local. A by-election must be held for her House seat in constituency 3 in Ratchaburi within 45 days.

Despite these blocks, Pareena insists she will return to politics, though not in parliament. In a Facebook post today, she wrote ,”See you again. But out of parliament”. In the post, she added a sentimental photo montage of her time in Thailand’s legislature.

Pareena also risks facing criminal charges from the Natural Resources and Environmental Suppression Division. Her poultry farm was determined to be encroaching on forest reserves, as well as on land intended for use by landless farmers. Issues regarding Pareena’s use of the land began to surface in 2019, and the National Anti Corruption Commission eventually found her guilty of encroaching on 113.8 hectares of land in total.

Meanwhile, Pareena reportedly claimed on her Facebook page that she had bought the land from other farmers. She claimed that the transaction, and the farm’s operation and taxation, were all legal.

In addition to the ban from politics, Pareena is also prohibited from voting in all elections for the next 10 years.

Fanta
Hopefully we will see her again. On the front page as she is taken away to prison.