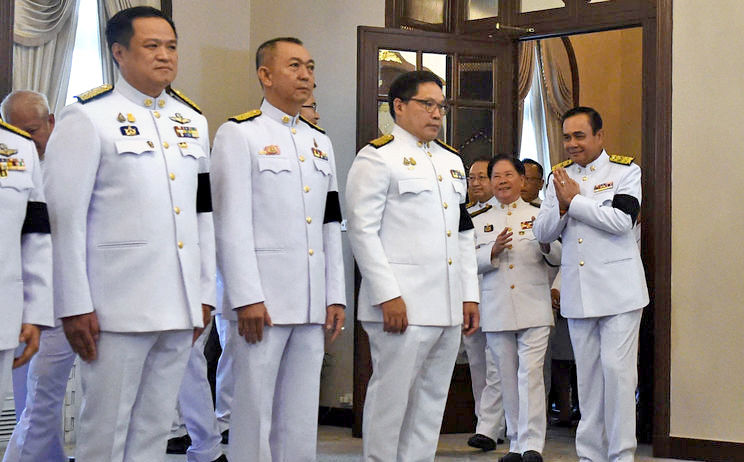 The list of Cabinet members has been submitted for royal endorsement, according to Deputy PM Wissanu Krea-ngam. He was speaking after presiding over the opening of Thailand Social Expo 2019 at Impact Muang Thong Thani.

Wissanu declined to give further details, saying that any media questions regarding the matter should be directed to PM Prayut Chan-o-cha.

He explained to the media,“You should wait for the PM to answer questions about this.”

Wissanu says that following a royal endorsement, the government would seek an audience with HM the King for the new Cabinet members to take an oath. The process is required by law before a new Cabinet can start working officially.

An unconfirmed list of new Cabinet members has been circulating since Wednesday. The list includes most of the high-profile members of the NCPO government, with some members taking on new portfolios, including Somkid and Prawit. 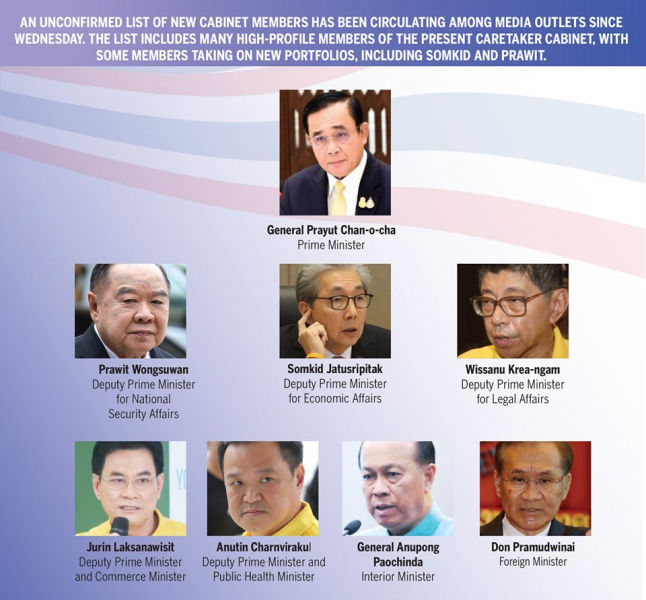