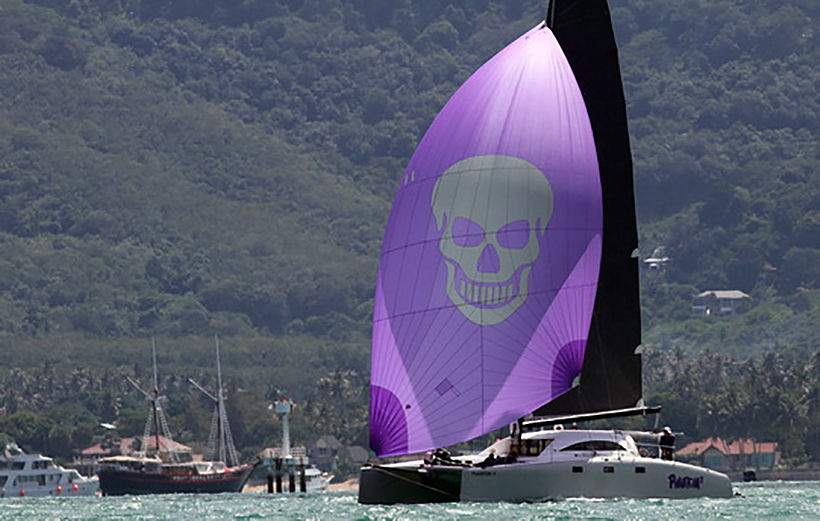 The 2019 Multihull Solutions Regatta has been run and won after the final day of excellent racing conditions off southern Phuket.

The Stealth catamaran Phantom V with its boat builders Alan Carwardine and Roger Diggleman on board, as well as owner Andrew Hurford, won the Racing Multihull Division of the 2019 Multihull Solutions Regatta. Its four first-place finishes, while never finishing lower than third, helped Phantom V clinch the title.

Warwick Downes’ Bonza (the old Fugazi) flew around the course all regatta earning line honours on most of its races but had to settle for second overall though it did win two races during the event.

On the final day, Dan Fidock’s new Fugazi (a Bakewell White 10.5) shed its teething problems as it romped through the water like a bat out of hell earning line honours (and second overall) in race one crossing the finish line in 1:35:29 after it sailed out around Koh Bon and then Koh Loh before turning for home at the Phuket deep port safe water mark. It also won race two on the day for the Racing Multis, a three-lap windward-leeward giving the boat its first victory of the regatta. 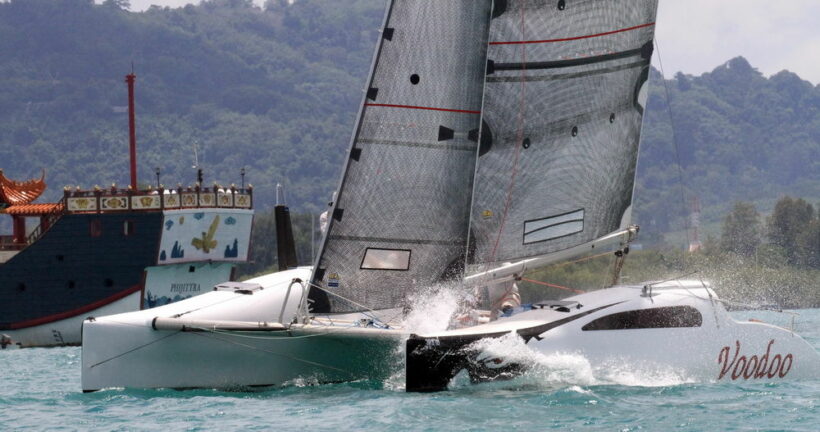 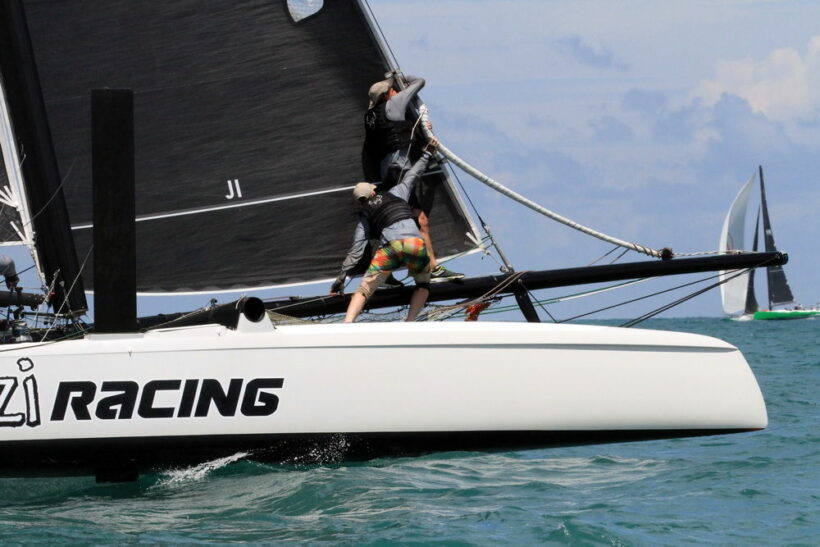 Glyn Rowlands’ Twister 2 who featured three generations on board finished fourth and if not for a FPSA on race three might have even placed higher. Dirk Weiblen’s No Fear came last in the five-boat division but a combination of DNSs and DNFs saw it only start three of the seven races held in the Racing Multis.

The Firefly division was a Battle Royale from the get-go between arch-rivals Twin Sharks and Voodoo as only a point separated them going into the final day of racing. And fittingly, it was all decided on the last race when Twin Sharks managed to push Voodoo into fourth place with a port vs starboard incident on the downward leg of the last lap enabling Twin Sharks to move into second place in the race and grab the title.

George Eddings’ Blue Noze was in the midst of it all throughout the regatta winning one race and taking third overall. Rau Waldron’s Surf Patrol finished the regatta with a strong performance winning the last race but placed fourth overall, followed by Marc Chapus and his crew on Moto Inzi, who never really did get over their teething problems finishing last in the majority of the races.

Zam Bevan’s ShoVel won all its races in the Cruising Multihull division but its sole competitor Bill Kane’s The Sting was granted “the perseverance trophy” for its “never say die” attitude during the event.

The 2020 Multihull Solutions Regatta will be held from July 10-13. Contact title sponsor Andrew de Bruin at andrew@multihullsolutions.asia if interested in chartering a multihull. 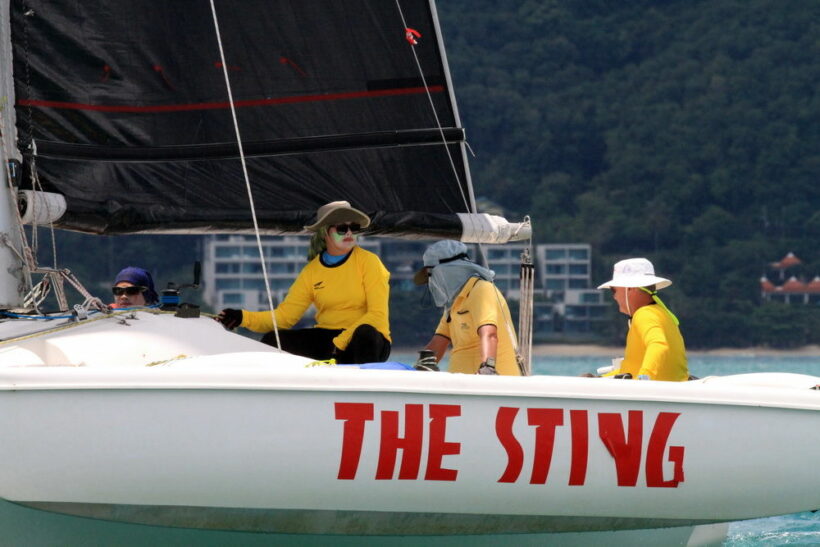 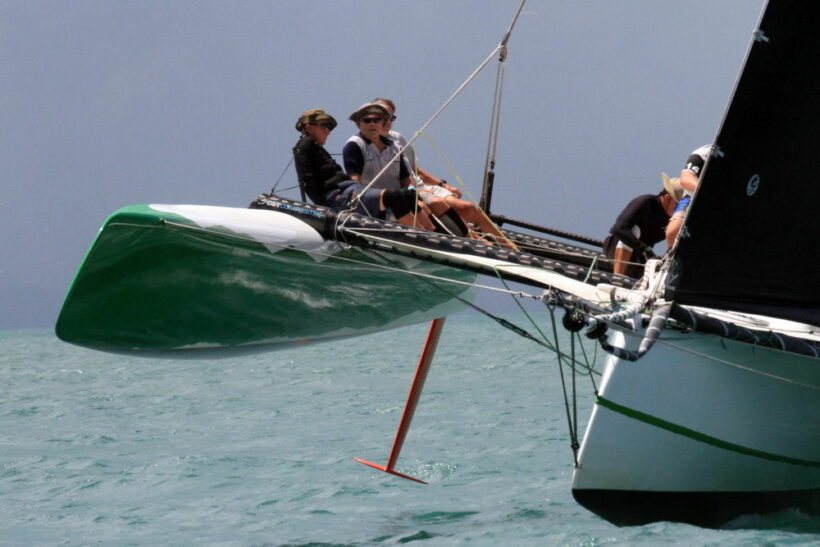