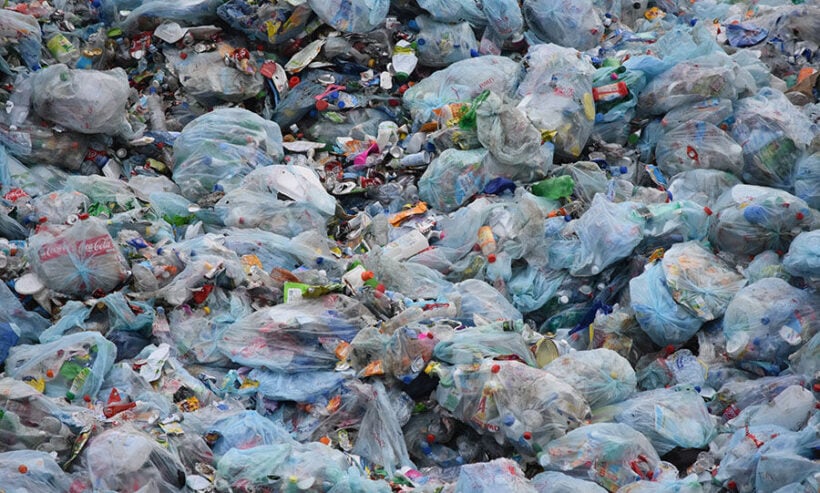 The Thai government is being urged to push ahead with a ban on importing plastic waste, instead promoting the recycling of domestic plastic waste. Over 100 environmental groups say this is essential to protecting the environment, as well as creating a circular economy. According to a Bangkok Post report, 107 groups have released a joint statement calling for a ban on importing plastic waste to be introduced this year. In addition, they want laws tightened to remove loopholes that allow the plastic recycling industry to use imported waste.

A proposed ban on importing plastic waste, set to be introduced in September of last year, was postponed for a further 5 years. Penchom Saetang from Ecological Alert and Recovery Thailand says plastic waste continues to arrive in the country, despite reassurance from the Industrial Works Department that no new licences have been approved to import it. She points to recycling factories in the duty-free zones, claiming they are taking advantage of a legal loophole that allows them to continue importing plastic waste.

“We have found imported plastic waste of up to 150,000 tonnes was brought in in 2020, an increase of 2.69 times on the previous year. For this year, around 71,000 tonnes of plastic waste are imported into Thailand up until June.”

According to Penchom, the postponement of the ban, coupled with legal loopholes, means foreign recycling firms continue to profit from cheaper imported waste at a huge cost to Thailand’s environment and to the detriment of the domestic recycling sector and the circular economy.

Meanwhile, the Bangkok Post reports that Environment Minister Varawut Silpa-archa says his ministry is working in partnership with the Pollution Control Department to introduce a measure that would limit plastic imports in 2021 to 250,000 tonnes, with the quota reducing by 20% every year until a total ban is achieved by 2026.

Guevara
4 hours ago, Farang-Ba said: Yes Thailand should ban importing plastic waste.  Also i think they should incinerate the plastic waste, its made from petroleum so burn it until replacements are found.  Replace single use water bottles with refilleable bottles, aluminum cans…

riclag
Will this have a positive effect on preventing  trash coming  on the beaches of Rayong ,bring it on !
Vagabond
14 hours ago, Thaiger said: The Thai government is being urged to push ahead with a ban on importing plastic waste, instead promoting the recycling of domestic plastic waste. Over 100 environmental groups say this is essential to protecting the…
Vagabond
And sell the for like 200 bath or something and make it go to this people, Bangkok help community. Im sure that will make bath for them and less plastic bags around ?
Gunner
The biggest scourge of all is the styrofoam boxes that are used in takeaway food. They are not biodegradable, they last for over a thousand years when buried in the ground, they are banned in most European countries and they…