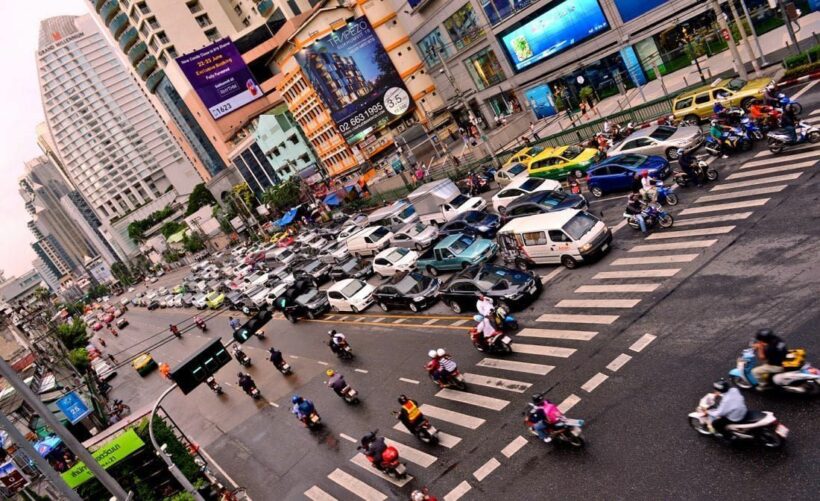 A financial analyst is sounding the warning bells saying that the Thai economy is on the verge of a recession while the baht will remain strong.

The head of capital markets research at Kasikorn Bank, Kobsidthi Silpachai, says all eyes will be on Thailand’s economic growth to see if it slows in the fourth quarter, compared to the third.

The economy expanded 2.4% year-on-year, he noted, but quarter-on-quarter growth in the third quarter was just 0.1 %.

Speaking at a seminar on Wednesday, Kobsidthi said that, had the National Economic and Social Development Council not revised downward growth in the second quarter by 0.2 percentage point, quarter-on-quarter growth would have been negativ.

“The chance of the Thai economy entering a recession next year was now 20%, up from the 15% forecast earlier.

“It is challenging for the Thai economy in the fourth quarter as we see signs of further economic weakening.”

“A relatively high current-account surplus, estimated to be $30 billion next year, will underpin the strong value of the baht.”

He believes that the ongoing trade war between the US and China will also help ensure the baht remains a safe haven for foreign investors.

“Thai exports, which are expected to contract by 2% next year, compared with estimated 1% fall this year.

The Kasikorn Research Centre has forecast economic growth next year of 2.7%, down from 2.8% in the bank’s previous projections. The Centre projects that manufacturing and employment are unlikely to expand much next year, and Thailand is also facing a labour shortage as the average age of the population rises.

“Government spending and stimulus packages can shore up the economy in the short run but cannot bring about a higher growth rate.”

“The number of foreign tourist arrivals will increase little because of the global economic slowdown. With China’s economy sluggish too, Beijing is expected to promote domestic tourism next year, resulting in a drop in Chinese visitors to Thailand.”

About the Bank of Thailand potentially lowering its benchmark interest rate, Kobsidthi believes it’s unlikely as there’s not much room to move.

“The current 1.25% rate is a historic low, and a further cut would not curb the baht’s rise.”

• Short-term bond holdings among foreigners has dropped to 50 billion from 107 billion baht, the level before the central bank imposed restrictive measures on the amount of baht that could be held.

• The outstanding maturity for short-term bonds held by foreigners is the lowest in 16 years.

• Foreign holdings of long-term bonds have also decreased to 858 billion from 879 billion baht.

Ban on used car imports comes into force in December