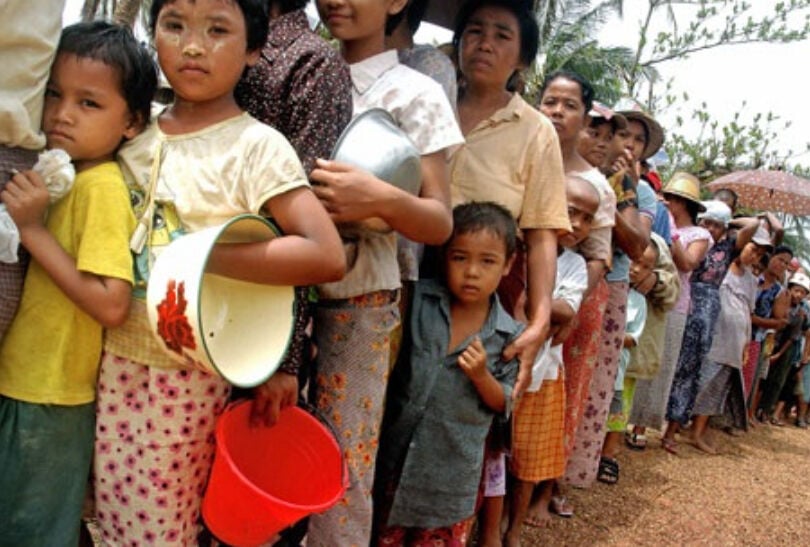 With the devastating double whammy of a global pandemic and the military coup descending into civil war, the UN fears that nearly half the people of Myanmar could be living in poverty by next year. The United Nations Development Program predicted that up to 25 million Burmese people could suffer below the poverty line by the beginning of 2022.

The country had already suffered economically from the effects of the Covid-19 pandemic, but the civil unrest led to even larger economic shutdowns. The effects of the coup during the pandemic may undo 16 years of progress in which the Burmese poverty levels dropped in half in the years since 2005. Amidst the chaos though, the United Nation fears a slip back into poverty for the troubled country.

Recently, more refugees have been desperately crossing the border into Thailand as ethnic insurgent groups engage in violent clashes with the Burmese military. The February 1 coup that deposed the elected government and plunge the country into military rule has spawned widespread protests, that have been met with harsh crackdowns and more than 750 civilian deaths, and 4,500 people detained.

With unrest and violence proliferating throughout the country, the Burmese military finds itself the target of two dissenting movements. Ethnic minorities in the north and east of Myanmar have spent decades clashing with military forces and now find themselves allied with the demonstrators who fight the same military forces. Some ethnic insurgent groups have aided and sheltered activists who flee through the regions that they control.

Just recently the Karen National Union seized and destroyed military posts, with the Burmese military responding by launching airstrikes in the region. Civilians caught in the crossfire have escaped and growing numbers across the rivers in jungles into Thailand. 2,267 Burmese refugees have been recorded entering the Mae Hong Son province to find safety.

OCHA, a humanitarian agency of the United Nations says more than 30,000 Burmese nationals have been displaced by military clashes just in the last month and a half, contributing to increasing poverty in Myanmar.