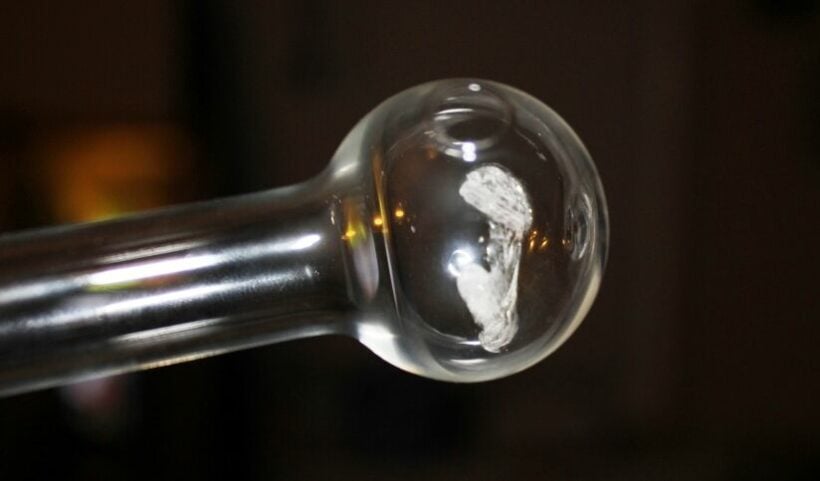 A man who bought a truck from a Bangkok auction site got a hefty surprise after finding 20 kilograms of crystal meth (ice) in a secret compartment when he went to install a new audio system. He says the drugs were bundled in gold wrapping when he discovered them and immediately returned the truck to the auction in the Bang Na district of Bangkok.

The auction company informed police and investigators, who then arrived at the auction to investigate the owner’s discovery. They say they found the 20 packs of meth, with each weighing 1 kilogram each. Police say they were hidden in a secret compartment of the Isuzu D-Max pickup.

After investigating the truck, police found it had been involved in a drug seisure in Satun back in 2018. The drug smugglers had parked the vehicle at a palm oil plantation in tambon Nikhom Pattana of Manang district in the southern province before leaving it there. When police arrived, they found 280 kilograms of crystal meth inside the vehicle. Authorities say the drugs were most probably being transported to Malaysia.

The officers took the truck back to Thanachart Bank, who owned the vehicle. The bank later took the truck to the Bang Na auction to put it up for sale. It sold for a bid of 200,000 baht. But police must have missed the remaining amount of meth as the new owner ended up making the discovery.

Police say the seized drugs will be given to Manag district police in Satun for further investigations as they are thought to be from the first batch that was discovered previously. There is no word yet on who is being held responsible as there is no information as to who the original drug smugglers were, or if they were charged with a drug crime.