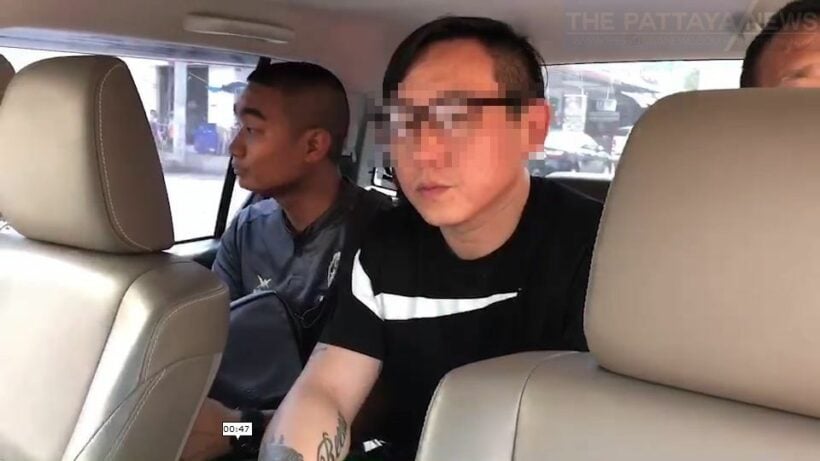 Just days after the body of a foreign woman washed up in a travel bag on Sri Racha Beach near Pattaya, police say they’ve arrested a Taiwanese man for the murder of the woman, his Chinese wife. The gruesome discovery was made by an officer from the nearby naval base.

Police yesterday arrested 38 year old Lu Ji Yang of Taiwan, the husband of the victim, 33 year old Ms. Lia Li Li, a Chinese national. They say he admitted to murdering his wife and stuffing her body into the suitcase that was found the beach in Sri Racha last week.

Lu allegedly told police that he and his wife had a clothing business together and had recently argued over financial problelms. The couple, who were on vacation, also argued about the nationality of their their three month old child and which passport the child should receive.

Lu told police says he strangled his wife after an especially furious argument on Wednesday. He then tied her up and put her remains in a suitcase which he dumped in the ocean on Bang Phra Beach. The man performed a reenactment of the crime for police on late Sunday evening.

Last week police released a photo of a tattoo on the woman’s ankle, leading to several tips which helped identify her and subsequently the the suspect. Additionally, they were able to track the tape and rope used in the crime to a local hardware shop and see the suspect on CCTV footage.

Lu remains in the custody of the Sri Racha police and faces first degree murder charges. Both the Chinese and Taiwanese embassies have been notified.

Gold shop gunman could have fled to Chon Buri