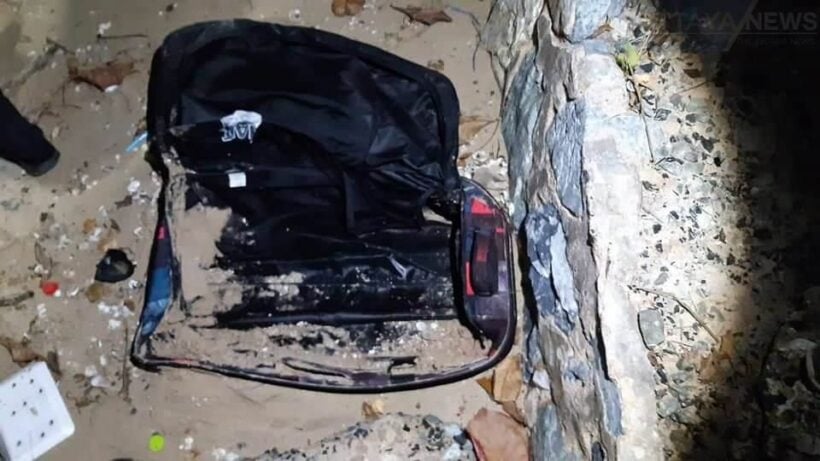 PHOTO: A local soldier came across the travel bag whilst wandering along the beach - The Pattaya News

Chon Buri police are seeking a suspect after the body of a foreign woman washed up in a travel bag at Bang Phra Beach in the province’s Sri Racha district, north of Pattaya.

The victim was stuffed inside a black travel bag with red patterns. Her nationality remains unknown. The woman was dressed in a camouflage shirt, black shorts, and white running shoes. There were red Chinese tattoos on her left shoulder and black ones on her right inner ankle. Police say she was about 160-165 centimetres tall and probably under 30 years of age. The woman’s head was bound in yellow cloth tape and wrapped in a black bin bag secured with nylon rope. Her feet and legs were bound with cable ties. There were signs of a beating.

No identification documents have been found, but there is evidence she was pregnant at the time of her murder. A doctor who examined the body believes she had been dead for at least two days before the body was found.

The grisly discovery was made near a naval base when a petty officer found the bag by some rocks while strolling on the beach last Friday. He was shocked and thought it was a mannequin until a friend confirmed it was in fact a woman’s corpse. Police are examining missing persons lists in hopes of finding the woman’s identity. Pol Col. Anukarn Thammawijan from Sri Racha police says this was clearly “a sadistic and cold blooded murder”. 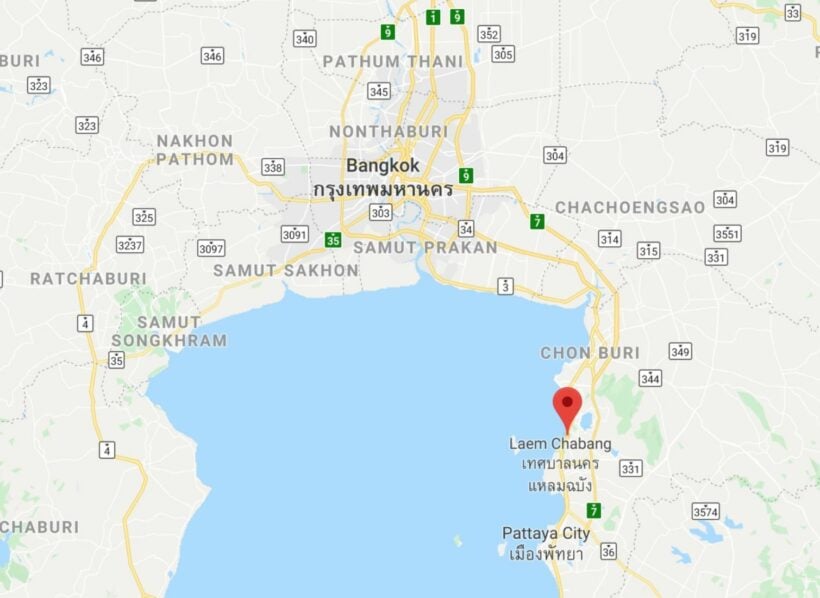