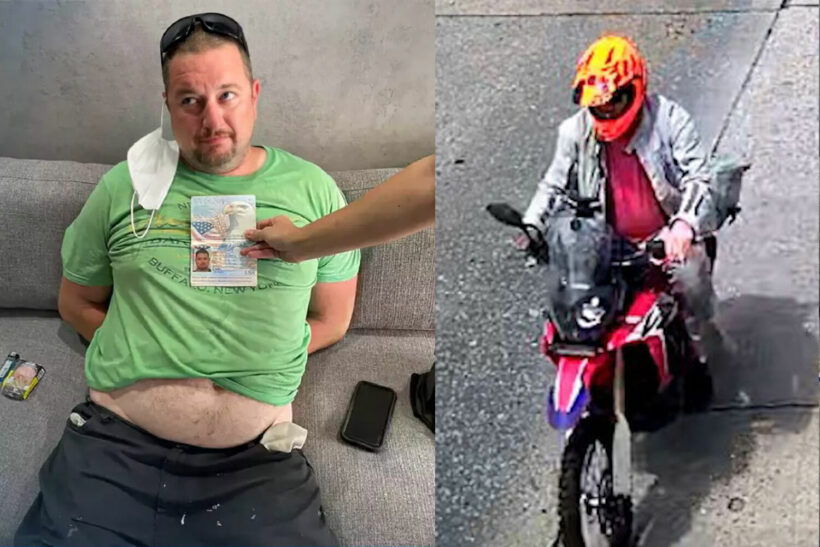 Following the cancellation of the traditional re-enactment of his crimes, the son of the Thai masseuse who was raped in Khon Kaen, allegedly by 37 year old American Robert Gordon victim criticised the double standard of how police treated Gordon as a foreigner. The son and other relatives of the 45 year old masseuse that Gordon allegedly brutally beat and raped arrived in Khon Kaen today to support the victim, but also to observe the re-enactment and confront the suspect.

The family travelled from Lopburi province while 37 year old Gordon, whose passport says he was born in Colorado in the United States, was expected to be transferred by police to Khon Kaen tomorrow. The man’s wife and his lawyer have also arrived in Khon Kaen from their home in Amnat Charoen province.

Gordon requested police cancel the crime reenactment, a standard procedure in Thai criminal investigations, saying that he feared for his safety, and the police obliged.

The victim’s son said that any Thai suspect would have been forced to participate in the reenactment and that the American suspect was getting preferential treatment. He had been anticipating confronting his mom’s attacker and asking the man why he would do such a thing.

“I am waiting to ask him why he did this to my mum. A foreigner who commits a crime in Thailand should not be given any special treatment.”

With the cancellation of the reenactment, investigators at the Muang Police Station in Khon Kaen say they will further interrogate Gordon and are requesting that the provincial court extend his time in detention while the investigation is ongoing.

Gordon was arrested by police on Soi Nana in Bangkok yesterday having fled there from Amnat Charoen on Wednesday after allegedly committing the brutal rape and beating at Dee Na massage parlour Monday morning and after allegedly sexually assaulting a 13 year old girl near her family’s roadside stall in Khon Kaen. He claims that his use of the drug speed prompted him to go on his crime spree.

kalyan
apart from the tragedy of rape being explained, in my view the English needs to improve, this does not fit to any standard of grammar, neither an English or an American.  I am not criticizing anyone but i see improvement…
gazmo16
21 hours ago, Transam said: There is a legal procedure, if you do not use that procedure then you might as well join the "Hang 'em High" brigade, if that happens it is for sure an innocent will pay for…