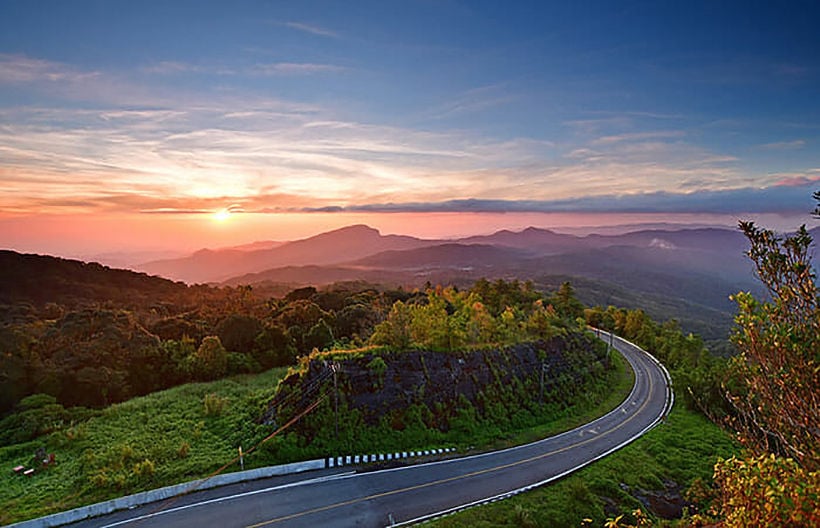 PHOTO: Authorities find it almost impossible to patrol the thousands of kilometres of highland border in northern Thailand

Soldiers in Chiang Mai, acting on a tip off, have seized about 380,000 methamphetamine pills at a border village, local media report. The drug haul was not big, considering many of the recent seizures amount to millions of methamphetamine tablets in a single shipment.

Acting on information from a border patrol network, three teams of soldiers were sent to Ban Arunothai village yesterday morning (Sunday). At about 5am, one team spotted about 10 men in civilian clothes approaching the village. The soldiers signalled for a search, but the men fled, leaving behind three fertiliser sacks containing about 380,000 meth pills. The soldiers are hunting the suspects in the area.

The northern border with Myanmar is almost impossible to patrol with the region north of the border one of the world’s largest ‘meth labs’ that use the remote area and canopies of dense tropical forest, and corrupt officials, to protect the billion dollar industry.

The general business plan is to move vast amounts of ‘meth’ pills south across the Thai border, for shipment to countries beyond. The cartels figure they will lose 5-10% of their shipments to drug detection whilst the other 90% evades detection and is successfully delivered. There appears to be no shortage of drug ‘mules’ who are attracted to the money on offer for their delivery services

Child rape suspect caught after seven years on the run