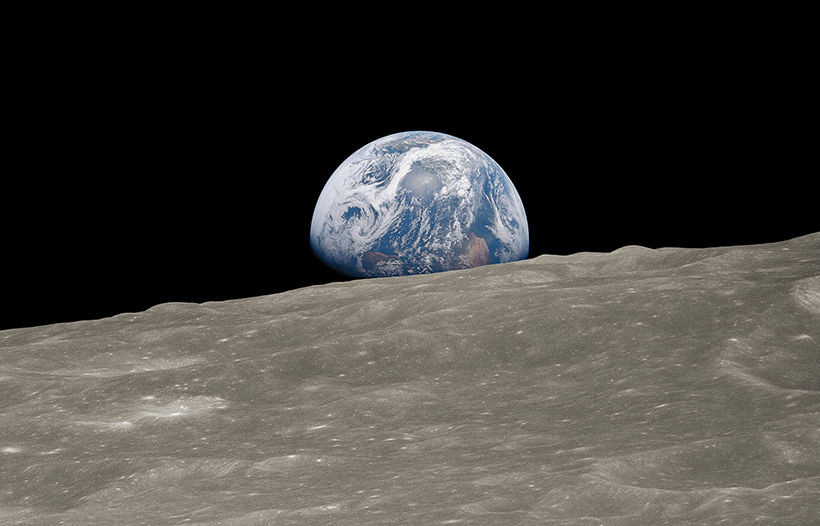 Last week saw the running of the third annual Flat Earth International Conference, held in suburban Dallas, Texas. The conference attracted around 600 die-hard flat-earthers – people that actually believe that the earth isn’t spherical, it’s a flat plate floating in space. Actually many of the adherents believe that ‘space’ and even gravity don’t exist either.

Conferences in the past have been in Raleigh and Denver. Brazil, Britain and Italy have also held flat-Earth conventions this year.

The flat-earth ‘business’ is starting to become a ‘thing’, with some YouTubers making a very profitable living out of making videos full of conspiracies and ‘evidence’ of a flat world, that attract millions of views.

A YouGov survey of more than 8,000 American adults last year indicated that as many as 1 in 6 Americans are not “entirely certain the world is round”. And a 2019 Datafolha Institute survey of 2,000+ Brazilians showed only 7% of people reject the concept of a flat earth.

Back in Dallas speakers were finishing off their PowerPoint presentations with topics… “Space is Fake” and “Testing The Moon: A Globe Lie Perspective.” 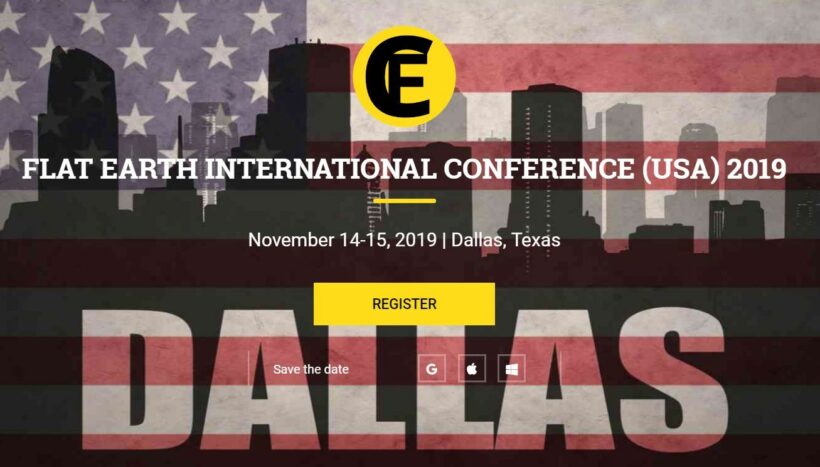 On a clear day, and if you’re flying very high, up around 40,000 feet, the curvature of the Earth can be seen from your seat in a conventional jet. When the Concorde was flying it was the one common theme all passengers remarked about – that you can see the curvature of the horizon. But the people attending the conference in Dallas, many of them who flew on a plane to get there, think it’s all fake.

Modern flat Earth societies are organisations that promote the belief that the Earth is flat rather than a globe. Such groups date from the middle of the 20th century. Some adherents are serious and some are not. Those who are serious are often motivated by pseudoscience or conspiracy theories.

Flat Earth advocates, like David Weiss claim, without evidence, there are millions of closet flat-earthers, including Hollywood A-listers, commercial airline pilots and scientists. Ever since David tried and failed to find proof the Earth is a sphere four years ago, he’s believed, with passion, that our world is not only flat but stationary.

Several more scientifically-minded entrepreneurs have set up funds to debunk this flat-earth nonsense. Some flat-earthers asserted they will have to have a mission to the ‘edge’ of the flat earth (aka. Antarctica) so they can prove their claims. They have been offered millions to venture to the ‘edge’ but no flat-earthers have taken the money to complete an expedition to ‘prove’ the world is a flat plate.

Mike Hughes, a self-confessed daredevil and flat-Earth supporter, used a homebuilt manned-rocket in an attempt to see for himself if the Earth is flat on March 24, 2018. His scrap metal rocket was estimated to have cost $20,000. He used a mobile home as a custom launchpad managed to climb 1,875 feet (571 metres).

Hughes strapped himself inside, launched, but ended up with a hard landing with the crafts’ parachutes deploying successfully but not working very well because of the low-altitude reached. The rocketeer was not seriously injured and continues to maintain his flat Earth beliefs. He claims that real evidence will come with “larger rockets”. Mike would have had to reach a height of around 10-15 kilometres to see the curvature of the earth. According to flat-earthers, the ‘reality’, is that the flat ‘earth plate’, sun, moon and stars are contained in a “Truman Show”-like dome. Photos of the Earth from space, (you can monitor some satellite feeds 24/7 on the internet), photos of ‘earth rising’ taken from Apollo missions to the moon, Astronaut testimony, daily pics from the International Space Station, 6th grade science experiments with clocks and sun-dials… etc. All a conspiracy, all doctored ‘evidence’. Or Photoshopped.

According to the organiser of the Dallas conference, Robbie Davidson, the mainstream flat-earth community believes that space does not exist, the world sits still and the moon landing was faked. Most believe the planet is a circular disk with Antarctica acting as an ice wall barrier around the edge. Gravity, apparently, is also an ‘illusion’ according to many of the flat-earth adherents.

It has actually been known that the Earth was round since the time of the ancient Greeks. Pythagoras reasoned that if the Moon was round, then the Earth must be round as well. After that, sometime between 500 BC and 430 BC, a Greek called Anaxagoras determined the true cause of solar and lunar eclipses – and then the shape of the Earth’s shadow on the Moon during a lunar eclipse was also used as evidence that the Earth was round.

Around 350 BC, Aristotle declared that the Earth was a sphere (based on observations he made about which constellations you could see in the sky as you travelled further and further away from the equator) and during the next hundred years or so, Aristarchus and Eratosthenes actually measured the size of the Earth.

Many flat-earthers at the conference, not content with just one ludicrous conspiracy theory, usually believe many of the other conspiracy theories still floating around the dark corners of the internet as well. At Dallas there were also plenty of of anti-vaxxers, 9/11 ‘truthers’, Illuminati subscribers, ‘the-moon-landing-was-fake’ believers, the British Royal Family, the Rockefellers and the Rothschilds ‘run the world’.

Robbie Davidson says “they’re all in on it!”

Earlier this year, YouTube started burying a lot of flat earth videos that made ‘outrageous claims’ and reduced recommendations of “borderline content”.

The flat-earthers have made NASA their ‘bad guy’ and claim they’re in on the conspiracy. You can read NASA’s commentary about the actual shape of the earth HERE.