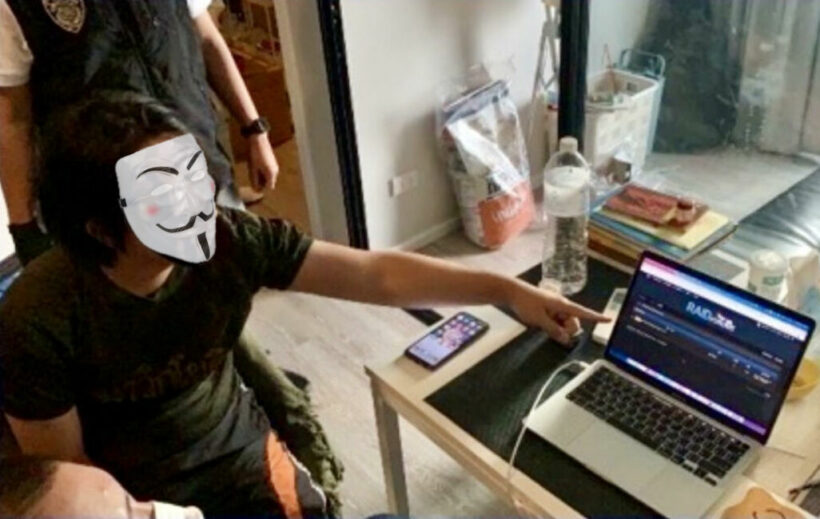 A former employee of a well-known company in Thailand was arrested for a data breach where he allegedly hacked and sold the data of 600,000 customers. The hacker, known as Woraphol, was taken into custody by the Technical Crime Suppression Division after the company the man worked for previously uncovered the data breach and contacted the police.

A search warrant was quickly issued and the hacker was arrested in the province of Samut Prakan just south of Bangkok. Police seized the man on the 32nd floor of the Kensington building on Thepparak Road.

A search uncovered several phones, as well as a notebook computer and the bank book that were confiscated and placed into evidence pending further investigation.

The police who took him into custody said that the alleged hacker admitted to seizing the data from the 600,000 customers and selling it online for around 300,000 baht profit. The company that suffered the data breach that the hacker had previously worked for was not named to the media, which is standard practice in Thai investigations.

The hacker said he accepted payment using the cryptocurrency bitcoin, and that he used his profits to pay for his online gambling habit.

mickkotlarski
23 minutes ago, Thaiger said: A former employee of a well-known company in Thailand was arrested for a data breach where he allegedly hacked and sold the data of 600,000 customers. The hacker, known as Woraphol, was taken into custody…
Bob20
1 minute ago, mickkotlarski said: I truly hope this individual gets put into prison amongst savage violent inmates. At a time when so many are suffering economically due to the pandemic this c++t destroys their lives even further to fuel…

Rain
9 minutes ago, gummy said: And another example of where crypto currency is used by criminals ...and the irony being that crypto isn't real.