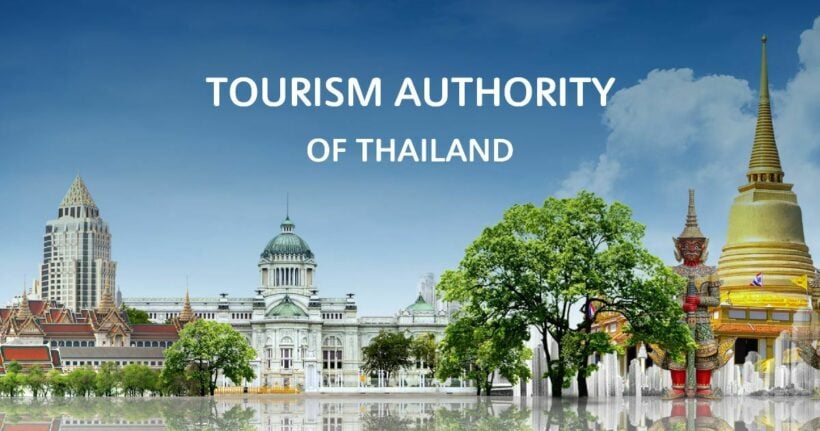 PHOTO: The Tourism Authority of Thailand plans to increase revenue with higher-spending travellers. (via TAT)

While the Tourism Authority of Thailand admits the revenue figures for 2021 are grim and likely won’t improve monumentally in the final quarter, they still have a rosy outlook on the tourism market rebounding over the next few years. The TAT is estimating that by 2023 tourism revenue will have recovered to 80% of the huge numbers seen at its peak in 2019. They plan on making up revenue loss from fewer people coming by attracting wealthier travellers and getting tourists to spend more in Thailand.

In 2020, before Covid-19 fully took hold, 6.7 million travellers journeyed to Thailand. This year, that number is only about 100,000 according to TAT Governor Yuthasak Supasorn. But he predicts that as things begin to reopen more over the next few months, 2022 should see a recovery to about 50% of the tourism numbers Thailand saw in 2019, with another 30% improvement the following year.

The TAT’s plan to see revenue numbers jump so high seems to hinge on the idea of drawing more wealthy and high spending travellers to Thailand over the next few years.

The TAT acknowledges they don’t expect to see anywhere near the 40 million travellers seen in 2019, and has taken a traditional Thai approach towards recovery: double the amount that each tourist pays. They hope to increase from the 49,700 baht average per tourist in 2019 to get higher-spending travellers to spend an average of 82,576 baht per person now.

They say they will lean on sustainable and eco-friendly tourism that adds value for higher prices, but admit that their plan to attract only rich travellers will create great economic disparity and not benefit small and budget tourism businesses.

Domestic tourism has seen a 34% drop this year from figures in 2020, when 90.52 million domestic trips were taken. The predictions for all of 2021 are that about 60 million domestic trips will be taken. Covid-19 once again affected travel, particularly dampening the Songkran holiday that still occurred sporadically around the country but was not a massive travel holiday period it traditionally is.

But the government has relaunched 2 travel stimulus programs, We Travel Together and Tour Teaw Thai, restarting October 15 to the end of the year, offering subsidies to travellers. The TAT hopes this boost for travellers will push total travel revenue to 328 billion baht for 2021, still 60% less than 2020 totals though.

Comparatively, international tourism in 2021 is expected to reach just 8.25 billion baht this year, assuming the fourth quarter does well. This is a huge disparity from Thailand’s traditional tourism sector that saw two-thirds of revenue coming from international travellers, hence the frantic push for Sandbox programs and reopening schemes.

Fundok
On 10/8/2021 at 2:05 PM, RobMuir said: "and has taken a traditional Thai approach towards recovery: double the amount that each tourist pays."  By changing the last word from "spends" to "pays" it changes the whole meaning. Clickbait garbage. Nothing…

AdvocatusDiaboli
1 hour ago, Fundok said: I think the main message is: TAT plans to double the money the average tourist spends per day, and that is very unlikely to work, because (as I assume) the vast majority of travellers may…
Stonker
13 minutes ago, AdvocatusDiaboli said: Remember this is Thailand … TAT will get their CCSA buddies to increase the Covid Testing requirements in country. The more they test, the more they find, the more baht people have to fork out.…

Fundok
On 1/10/2022 at 12:34 PM, AdvocatusDiaboli said: Remember this is Thailand … TAT will get their CCSA buddies to increase the Covid Testing requirements in country. The more they test, the more they find, the more baht people have to…