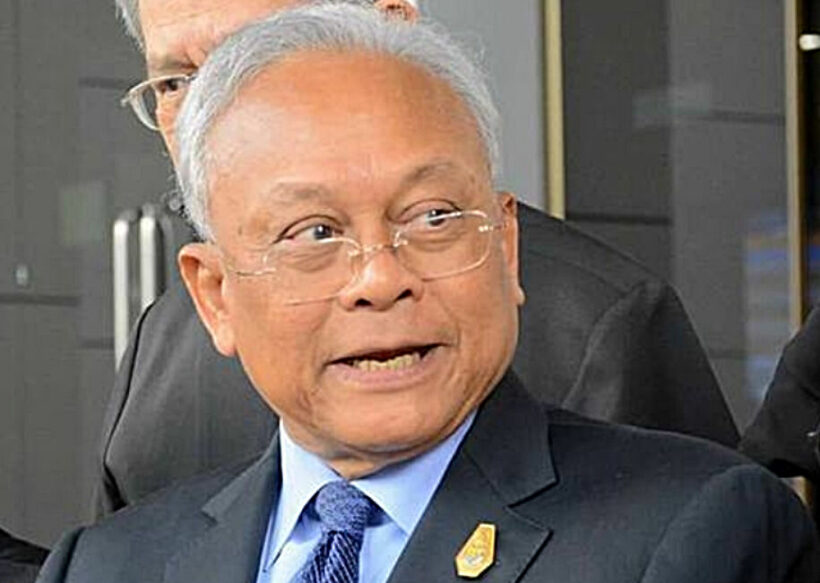 The National Anti-Corruption Commission has filed an indictment against former Deputy Prime Minister and protest leader Suthep Thaugsuban accusing him of irregularities in police constructions contracts. The charges were filed yesterday in the Supreme Court’s Criminal Division for Political Office Holders and are regarding projects to build police stations and housing over 10 years ago.

Suthep who has been jailed previously for 4 days when PM Prayut Chan-o-cha rose to power and detained opposing political leaders, as well as a brief day or two in jail as part of a 7-year prison sentence he was bailed out of in February of this year.

The new indictment names him and 4 other people including 2 on the committee that approved the contracts as well as the firm that was awarded the building contracts. The indictment claims that Suthep combined many contracts to build 396 police stations and 163 blocks of police housing into one single contract that was then awarded to one company that failed to complete all the projects.

The allegations took place when Suthep was Deputy Prime Minister under the Abhisit Vejjajiva administration and the NACC claims the committee didn’t properly vet the firm’s suspiciously low bidding price and accuse Suthep of not consulting other ministers after combining and changing contracts.

The accusations include a charge that he violated the 1999 anti-price collusion law in combining all the contracts into one awarded to only one contractor instead of spreading the projects among many businesses. As a result, a good portion of the 396 police stations in the contract worth 5.84 billion baht ended up being unfinished as the overwhelmed single company dropped the project. The same contract also included the 163 blocks of police housing which have also suffered great delays in construction.

The NACC has spent the last 2 years poring over evidence, documents and meeting minutes to compile the case. The court is set to begin hearings with the first one scheduled next year on February 17.

ozvenision
I'll provide the nails 🤭
Jason
Nasty politics.....
kmc
I guess the lesson is this: once you reach the top...you better stay at the top.
Bangkok_Gary
The demagogue rabble rouser who organized street protests aimed at ousting the democratically elected government led by Yingluck Shinawatra is corrupt. I'm shocked I tell you. Shocked.