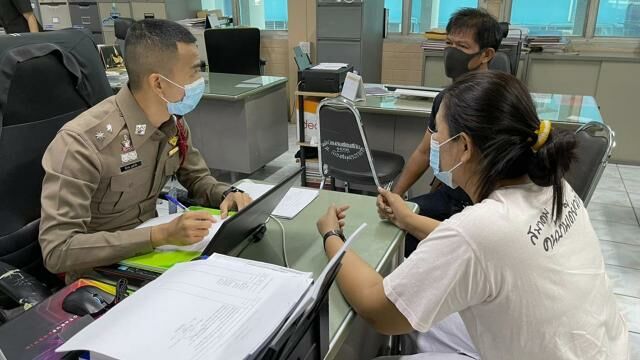 A driver may face serious charges after he allegedly cut in front of and stopped an ambulance that was rushing to pick up a patient who later died on the way to a local hospital.

Emergency responders received a call to pick up a patient who was in critical condition and being given CPR at his home in Samut Prakan, a province just southeast of Bangkok. They turned on their siren and emergency lights, hurrying to the scene.

As they rushed to the home, a car cut in front of the ambulance, blocking the lane and causing it to stop. The driver, 38 year old Samrit Maneerit, then allegedly got out of his car and walked over to the ambulance to berate the emergency responders. A nurse video recorded the incident on her smartphone.

Samrit drove off and the ambulance rushed to the patient’s home where 46 year old Pracha Boribun was suffering from a seizure along with trouble breathing. He died on the way to Samut Prakan Hospial.

Police found the driver at his home and say he had a blood alcohol level of 190 milligrams per decilitre of blood. The legal limit is 50. Samrit was charged with driving while intoxicated and obstructing an ambulance. Samrit allegedly told police that the ambulance was following close behind his car and he got angry.

Pracha’s family say they plan to file a criminal complaint against the driver for committing an act intentionally causing death.