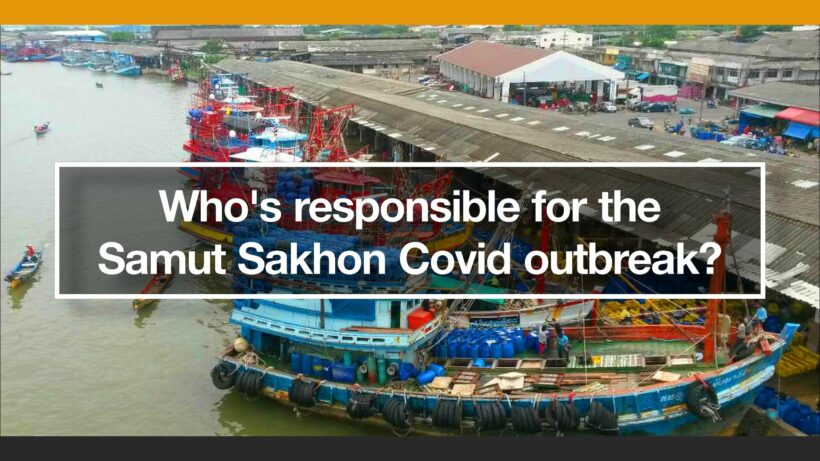 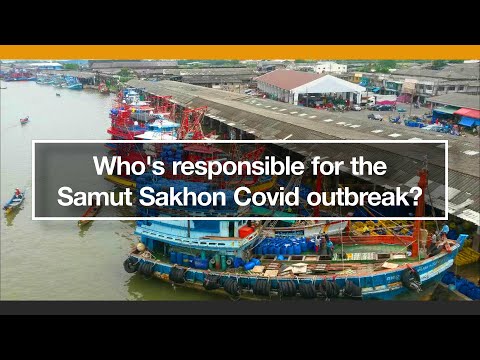 Here are 2 resources for the above story…

Until the weekend many people would have never heard of Samut Sakhon, a province just south west of Greater Bangkok and sharing a provincial border with the capital.

The province is best known as a major hub for Thailand’s shrimp and fishing industry, packed with markets around the coastal tributaries that feed into the Gulf of Thailand.

As we now know there’s been an outbreak of Covid 19 in the province with upward of 1,000 people possibly infected.

Most of the finger pointing, so far, has been aimed at the large Burmese migrant worker community. Some 10,000 Covid-19 tests were underway as early as Sunday and those results are coming through now. The number of positive infections could end up well over 1,000 by the time the whole mess settles down.

Behind this current Covid outbreak is a longer tale about Thailand’s fishing and aquaculture industry. Seafood is an important part of the Thai diet, providing around 40% of the animal protein sources. The export of seafood contributes about 20% of total Thai food exports. It’s also been a hotbed of illegal, unreported and unregulated fishing causing some major markets, including the EU in 2015, to slap a trade ban on Thai seafood exports until they cleaned up the industry.

The allegations related to over-fishing practices and, important to the current situation, the employment and treatment of the mostly migrant workforce. Amongst allegations in a recent survey conducted by Rapid Asia, on behalf of the International Labour Organisation, 27% of workers surveyed  described circumstances of involuntary work and 12% had experienced some form of coercion.

The survey described at least 10% of the workforce as working under forced labour conditions. The survey covered both the fishing sector and the onshore seafood sector. 90% of workers interviewed reported being paid the minimum wage and others also noted that there were illegal salary deductions.

So, whilst it’s easy to point fingers at the largely Burmese migrant worker community, the following questions need to be addressed as blame is apportioned to this outbreak.

The answer lies in some of Thailand’s largest seafood processor plants and their parent companies, some operating huge franchises and export companies. There have been some high profile cases brought against Thai food processing companies alleging labour rights violations but most of these get dragged through courts and end up with counter suits for defamation. We’ve got links to some of these stories in the description below.

If there is going to be any upside to the current outbreak fiasco, it could be a new spotlight on Thailand’s fishing industry and its labour practices. Even the Thai Prime Minister today said, in a veiled comment, that the blame for the Samut Sakhon outbreak must be shared among the stakeholders. The Burmese migrant workers have become the headlines in this current outbreak but the real cause is decades of poor practices in the recruitment and handling of the migrant labour. The ones profiting most from Thailand’s fishing industry have, so far, not even rated a mention.

Tim Newton reporting for The Thaiger.